The former actor’s association president Radha Ravi at a promotional event held on Saturday has passed bawdy comments on the lady superstar of Kollywood. Nayantara is playing a lead role in the upcoming thriller movie ‘Kolaiyuthir Kaalam.’ The film is produced by the famous musician of Tamil cinema Yuvan Shankar Raja and is directed by Chakri Toletti. An event was organized on Saturday to promote the film among the audience. 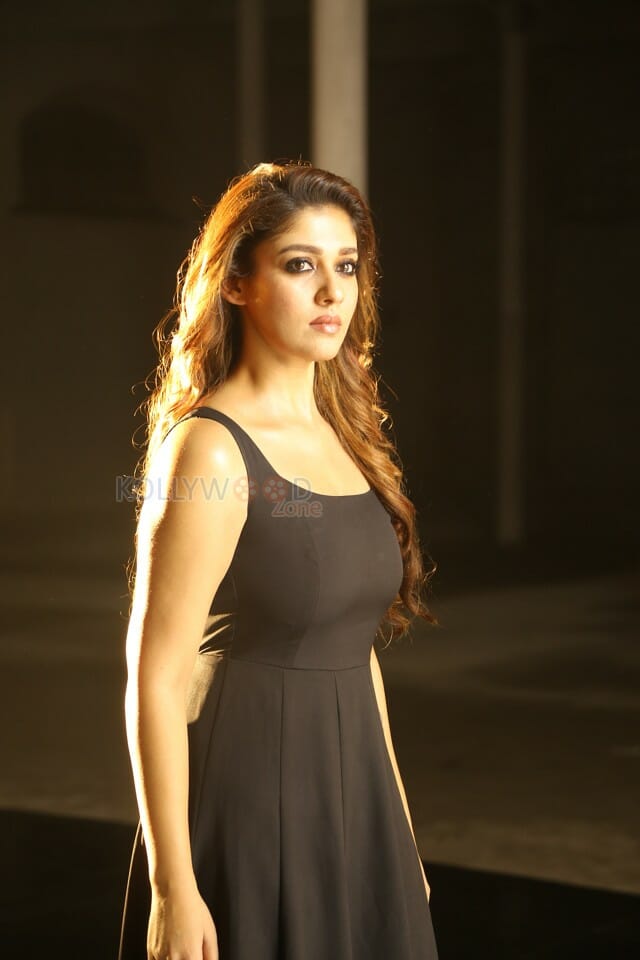 The actress and many other celebrities who have shared the screen for the movie took part in the event. Radha Ravi who attended the event as a guest was handed the mic to speak some words on his behalf. The actor began his speech in his usual trade mark way but gradually went on to be critical about fans calling Nayantara a lady superstar and a legend. He stated that such praise and titles are reserved for immortal legends such us MGR, the late actor and Chief Minister of the state and Sivaji Ganeshan, famously known as Nadigar Thilagam among his fans.

Not just holding back with this comment the dubbing union artist’s president went on to shock the women present in the event by stating many scandalous allegations were laid against the actress but people forget things quite soon in our society and that is why the actress has attained the star status. The veteran villain took his misogyny to the next level by saying that back in the days K.R. Vijaya used to be most preferred actress for playing the role of goddesses because the audience had a lot of respect for her but in the case of Nayantara, playing the role of Sita, looks like a promiscuous woman whom the people will call for sex.

This speech has created havoc in the Kollywood industry and it has caused an outrage among many artists and condemnations have begun to pour from all directions.

This speech was even slammed by the villain’s own step sister Radhika Sarathkumar. The actress reacting to the act has shared on social media, “Nayantara is one of the very few dedicated actors that we have today in the industry, I have a great pleasure knowing her and sharing professional space with her. She is above all this, did not watch the full video, but met Ravi today and expressed the comment he made was not in good taste at all.”