Actress-turned-politician Khushboo was kissed by former chocolate boy Madhavan at the reality show ‘Simply Khushboo’ aired on a private regional channel. The promos of the film, showing Madhavan kissing Khushboo who gets up from her seat to receive the kiss, has gone viral on social networking sites. 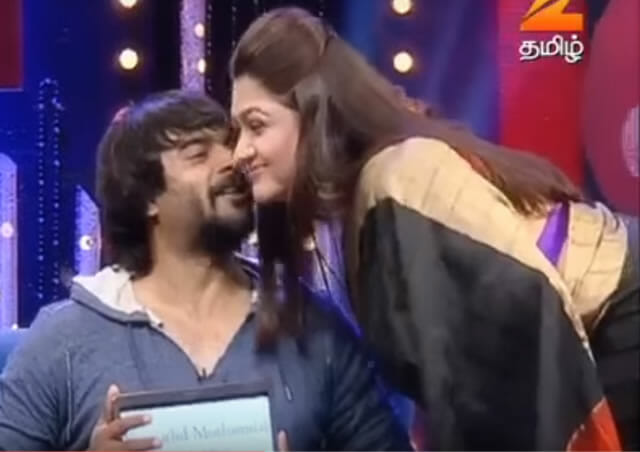 Khushboo has released the video of the controversial kiss on the reality show, which would be telecated on Zee Tamil TV at 08:00 p.m. on Saturday. The sight of 45-year old Khushboo, who is a mother of two daughters, receiving a kiss from a hero openly on a reality show, is a shock.

Kushboo is not new to controversies, now she is busy in politics and at the same time she is giving her presence in some films too.