Actress Keerthy Suresh is irrefutably one of the best artists in Tamil cinema. The National Film Award she won for her remarkable performance in the Telugu drama Mahanati is corroboration for it. Recently, the actress had a double release in the likes of Saani Kaayidham and her Telugu movie christened Sarkaru Vaari Paata. Both the ventures had a great reception among the audience. Now the actress has written a Thank you letter to everyone who was part of the journey.

She begins the letter by sharing her journey as an artist, “Being an actor is a vulnerable journey, we see highs and lows throughout and this often decides our destination. The recent past has been a testing time for me and it’s a phase that made me realize that I need to constantly work towards bringing my best to the world. Today, I stand before you, my heart filled with gratitude and joy for both Saani Kaayidham and Sarkaru Vaari Paata have been received with so much love.” 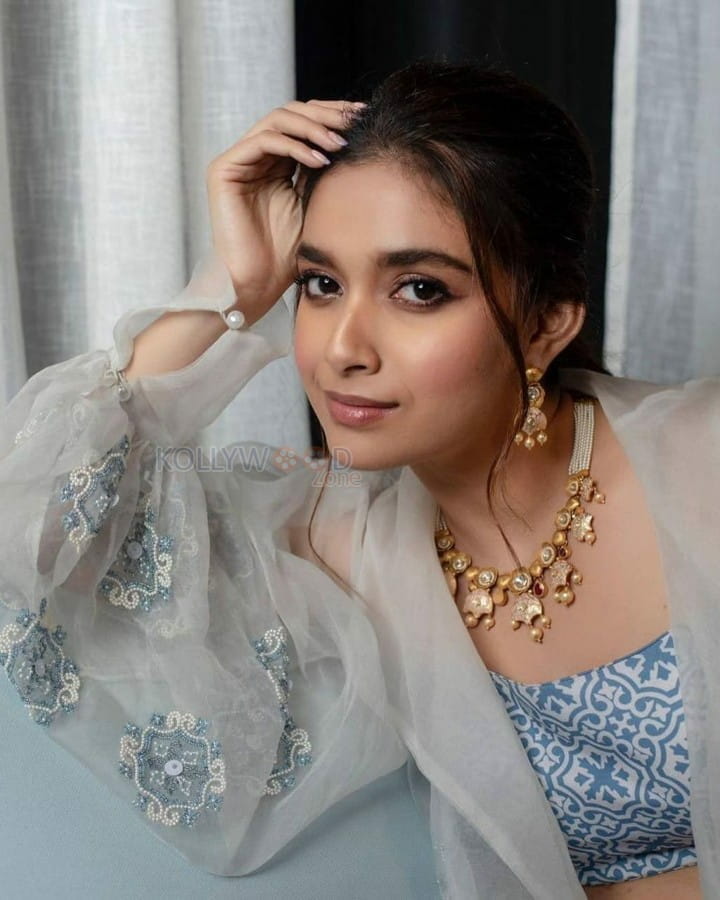 Expressing her gratitude to the team of Saani Kaayidham, actress Keerthy Suresh penned, “My sincere thanks to the team of Saani Kaayidham. Our producer, screen scene, and director Arun Matheswaran for envisioning me as Ponni and trusting me to do a role I’ve never done before. My incredible co-star, Selvaraghavan sir perfectly complimented Ponni as Sangaiyyah. No one could’ve done justice to the role like you have sir. DOP Yamini, you have carried the film on your shoulders, literally. Your hard work will take you places. To the cast and crew of Saani Kaayidham, thank you for a memorable experience.”

The actress further went on to thank her Sarkaru Vaari Paata teammates, “My heartfelt thanks to the team of Sarkaru Vaari Paata. Our producers, Mythri Movie Makers, 14 reels Plus, and GMB Entertainment, our director, Parasuram Petta sir, music director, Thaman, DOP Madhie for all the hard work and effort to make SVP what it is today. I thank Namrata ma’am for being constantly supportive throughout my journey in this film. Last but not the least, my exceptional costar Mahesh Babu sir, it was an absolute honour and a fun filled experience sharing the screen with you. Thank you to the entire cast and crew of SVP, all of you have made this film a success.”

Mentioning her aficionados, she wrote, “To my fans, you are my strength. I am here because of you and for that, I am eternally grateful. This support is what drives me to overcome any obstacle that comes my way and guides me in the choices I make.” She signed off by thanking her colleagues in the industry, “Thankful to all the directors for believing in me through every phase of my journey here. Moving forward, I only hope to keep pushing boundaries, keep exploring and keep my head held high no matter the result.”

On the other hand, actress Keerthy Suresh who was last seen on screens in the Telugu entertainer Sarkaru Vaari Paata is currently busy shooting for Dasara helmed by Srikanth Odela in which she will be sharing the screen space with actor Nani, and for her Tamil drama christened Maamannan helmed by storyteller Maari Selvaraj. Apart from these projects, the actress has her Telugu film Bhola Shankar filmed by director Meher Ramesh, and her Mollywood flick Vaashi in which she has co starred with actor Tovino Thomas in the post production getting shaped for release.