Actor SJ Suryah is having the time of his life and has been signing up for a number of projects. He is fresh from the massive success of Maanadu which hit the screens under the direction of story teller Venkat Prabhu with actor Silambarasan in the lead role. The actor who was last seen on screens in the Sivakarthikeyan starrer Don is now getting ready for the release of his next entertainer titled Kadamaiyai Sei. The project is filmed by director Venkat Raghavan who had previously directed Muthina Kathirika. Actress Yashika Anand has played the female lead role in the movie. The project was supposed to hit the screens in the month of May. Due to unknown reasons, it got pushed. Now, we have an important update on the drama.

The production house of Kadamaiyai Sei has shared the release date of the movie. The venture is all set to hit the screens on 24th of this month. The director himself has shared the news on social media. Taking to his official twitter handle he shared a couple of posters from the flick and wrote, “Happy to announce that our movie Kadamaiyai Sei is releasing on 24th June thanx to all who made ths happen spl thnx to success star S. J. Suryah sir fr ur supports.” 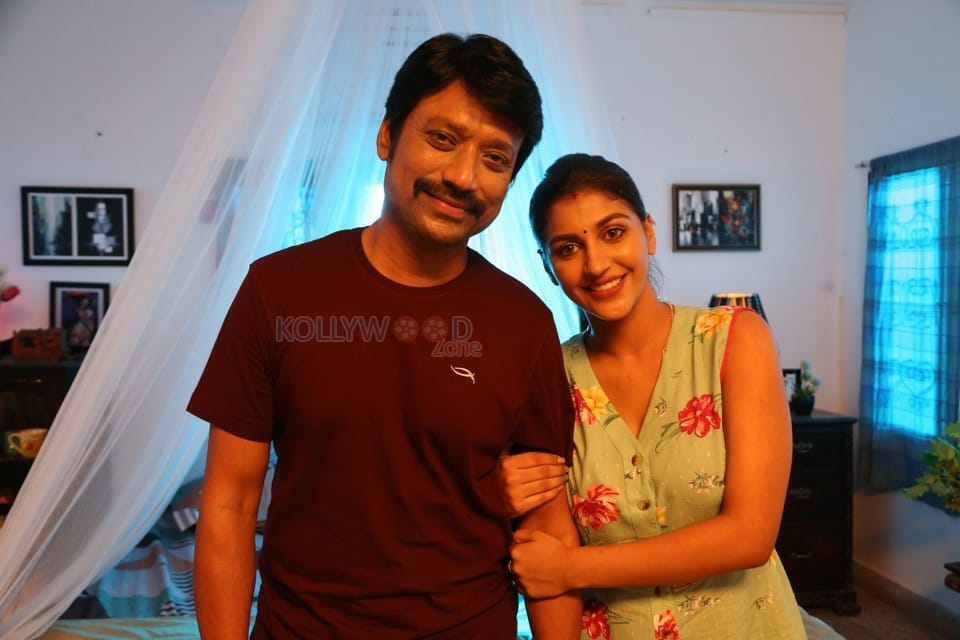 Kadamaiyai Sei has actor SJ Suryah as an unemployed graduate who withholds this info from his wife, and deals with his struggles to maintain the lie. The trailer of the movie was launched last month. It has clocked millions of views. Apart from actors SJ Suryah and Yashika Anand, the casting of the drama has actors Mottai Rajendran, Vincent Ashokan, Charles Vinoth, Rajasimman, and Sesu portraying various other supporting parts. The music for the entertainer is composed by music director Arun Raj. The cinematography department of the movie has been handled by cinematographer Vinoth Rathnasamy. The editing division of the project is handed over to editor N. B. Srikanth. The venture is produced by T. R. Ramesh for the production house Ganesh Entertainment along with Zakir Hussain for the banner house Nahar Films. Chimbu Cine Arts has purchased the theatrical rights of the flick in Tamil Nadu.

On the work front, actor SJ Suryah who had a successful outing in Don lastly is currently busy shooting for Bommai directed by filmmaker Radha Mohan in which he has co starred with actress Priya Bhavani Shankar. After wrapping up the project, the actor will be on the sets of Mark Anthony which is set to be helmed by story teller Adhik Ravichandran of AAA fame in which he will be sharing the screen space with actor Vishal. Apart from these movies, the actor has a lengthy list of long-delayed flicks titled Uyarndha Manithan helmed by director Tamilvannan, and Iravaakaalam directed by Ashwin Saravanan.

On the other hand, actress Yashika Aannand who was last seen on screens in R23 Criminal’s Diary has played a cameo part in the upcoming drama titled Raja Bheema directed by film maker Naresh Sampath with actor Arav in the lead. Apart from that entertainer, she has Bhageera directed by storyteller Adhik Ravichandran, Sulphur helmed by Bhuvan, Ivan Than Uthaman directed by story teller Magesh, Pambattam, and Bestie in her pipeline awaiting release.

Kaathuvaakula Rendu Kaadhal Trailer: Promises To Be A Fun Ride!