The actor turned music director, who made his debut as a music director in Tamil cinema through the film Veyyil, is on the wheels from the time  he began acting. His busy schedule throughout the year even amazes many big stars in the tinsel town. When actors like Arya, Bharath, Jiiva, and Shaam, who all set their mark in the field even before the musician, struggle to bag a good number of projects in a year, the music director bags handful of movies each year making him a very busy celebrity in K town. 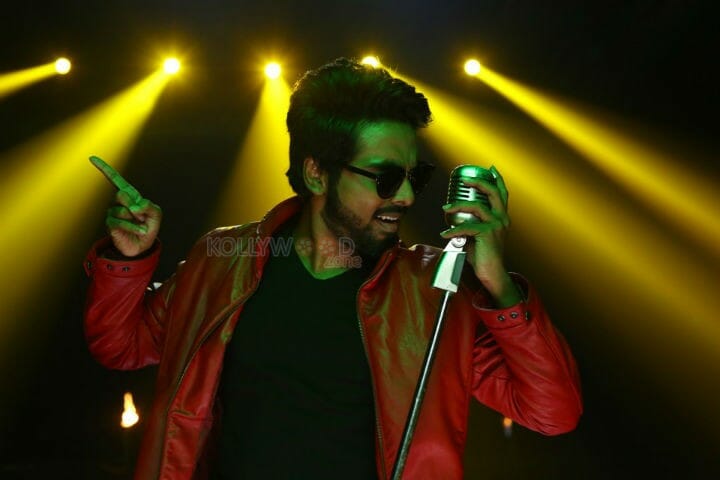 2018 was a very busy year for the producer as he was in the run shooting for six of his projects. Now they are gearing up in line to hit the screens one by one. Even this year the actor has four plus projects under his name. Currently, the musician is gearing up for the release of two of his films Kuppathu Raja, which has gathered a lot of attention among the audience due to the erotic element in the trailer of the film, and Watchman, which will be hitting the screens back to back on 5th and 12th of April.

Now, the actor has reportedly begun shooting for his new film under the direction of Ezhil, which took off with a formal pooja on Tuesday and is yet to be titled. The film is said to be a horror comedy entertainer which will have comedian Sathish playing the role of G. V. Prakash Kumar’s pal. It is said that the film is about a comical narration of two individuals ending up inside a haunted structure and how they deal with the ghost in it to get out of the structure is the entire story about. The female lead in the movie is essayed by Eesha Rabba, who was seen previously in films like Aravinda Sametha, Savyasachi.

On the work front, the musician is very busy with numerous projects in his kitty. Currently, the actor is also shooting for his romantic comedy film Kadhalikka Yaarum Illa, starring Raiza Wilson, Yogi Babu, Shah Ra, and yesteryear villain Anandaraj. Apart from this the actor has Adangathey and is said to play the lead role in Mani Ratnam’s next bankrolled project. The actor has Jail, Ayngaran and Sivappu Manjal Pachai all in line waiting to hit the screens soon. Did you get tired just by reading the list of works by the actor? You will be exhausted when we say that in spite of his busy schedule as an actor GVP is quite busy as a composer too with Asuran, Suriya38, and Thalaivi, the biopic of former Chief Minister of Tamil Nadu Honorable J. Jayalalithaa. If there is any other meaning for the term Workaholic then it would probably be GVP.