Actress Sameera Reddy who started her career as a model was a sensation during her time in the industry. The actress ventured into the entertainment world through Bollywood with the flick Maine Dil Tujhko Diya. Unfortunately, the venture did not do well at the box office. After doing a handful of unnoticed drama the actress turned the limelight towards her with her steamy scenes in the adult movie Musafir. Eventually, the Vettai star navigated to South India. She became popular in Kollywood after her part in Gautham Vasudev Menon’s directorial Vaaranam Aayiram as Meghna. The commercial success of the flick, brought many projects her way from multiple languages including Malayalam, Telugu, Bengali and Kannada. 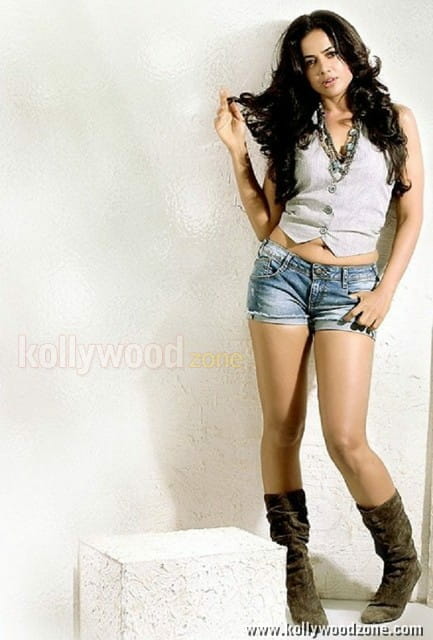 When she was at the peak of her career the actress stunned her fans by abruptly getting married to a Mumbai based businessman Akshay Varde in the year 2014. The couple have a son and a daughter. After her marriage the actress chose to stay away from the tinsel town but that never stopped her from staying in touch with her fans on social media. The actress runs an online talk show with her family. Of late, the star has been addressing major issues that are prevalent in the society. Recently on the world mental health awareness month, the actress has talked about postpartum stress and depression after giving birth to her first child, and has offered some tips to overcome it.

The actress took to her official Instagram handle, and shared a couple of pictures with her new born child, and wrote, “Even though mental health illnesses can’t be seen, they exist. Mental health awareness refers to a wide range of mental health conditions – disorders that affect your mood, thinking and behavior such as depression, anxiety, bipolar disorder, PPD etc. For me postpartum stress was hard and I did not act fast because I was unaware it existed. The pics I shared in this post were me at my lowest. I couldn’t feel happy however hard I tried after the birth of my first child. I still reflect on these moments and it only drives me harder to reach out to anyone not feeling good about themselves. You are not alone. And being there for each other in tough times is so important.”

Talking further, the actress offered some tips to overcome Postpartum Stress, “What can we do to help ourselves & others? Take care of yourself & be aware of your emotional health. Listen without judgement. Share your story. Create a community that supports a safe space for healthy conversations. Try getting 8 hours of sleep per night. Less screen time. Spend quiet time to reflect on what’s bothering you. Being mindful of what you eat. Exercising for 30 minutes. Journal your thoughts. Saying no to something you don’t want to do. Decluttering your space. Learning a new skill. Reach out to a friend, family, or seek professional help. Try a holistic approach with natural therapy. (I believe homeopathy really helped me.)”

This note written by the actress is getting a lot of appreciation from her followers. Especially from mothers following her. They are pouring in their support for the actress in the comment section. The post has gone viral and has bulked in over a lakh of likes.

Finally Vishal gets good news in the form...

Vijay’s 61st movie will be funded by Shivaji...