Actress Keerthy Suresh is undeniably one of the talented artists that K-town has got. At a very young age that actress bagged the National Film Award for her impressive performance in the Telugu drama Mahanati. The actress put on weight for essaying the role of Savitri in the flick. Following the success of the film there was no stopping her. She has been on a roll starring in several ventures from Tamil, Telugu, and Malayalam cinema industry. The Thaanaa Serndha Koottam star stunned the audience by shredding weight for her part Manasa Samyuktha in the project Miss India. The actress went from medium to slim to play the role. Her dedication and hard work sent a lot of acclamations her way not just from her fans but also from people in the industry. The actress had a double release last week in the likes of Saani Kaayidham in which she has shared the screen space with actor Selvaraghavan and her Telugu flick titled Sarkaru Vaari Paata in which she has romanced actor Mahesh Babu. 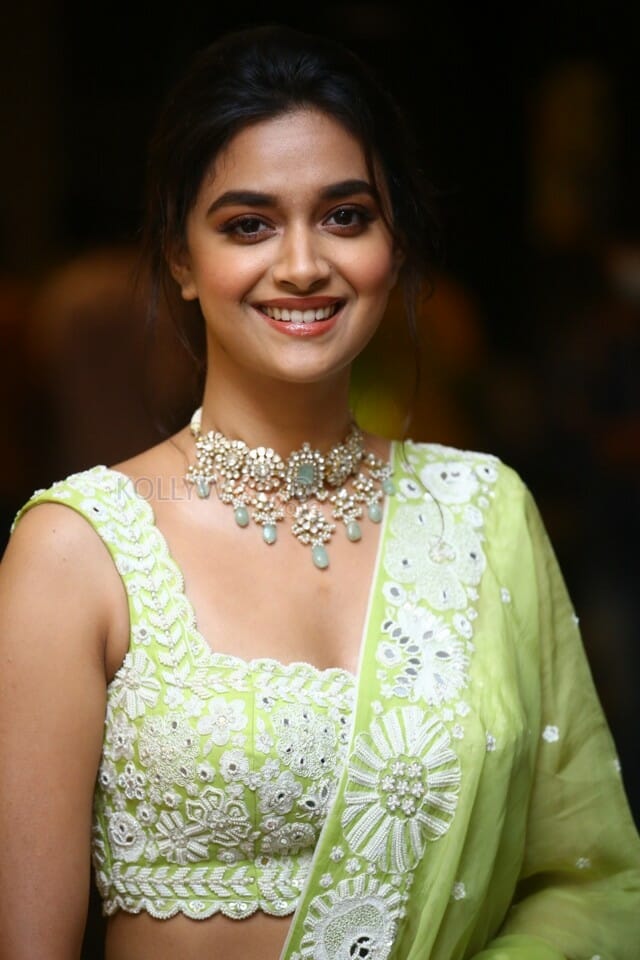 The actress recently sat down for an interview with a leading media house for promoting her film Saani Kaayidham. Of late, there has been a speculation doing rounds in the online world that the actress has strictly said no to roles that are glamorous. She was asked about the credibility of it. To which the actress responded that she has never made a statement saying that she would not do glamour roles. Talking about it, the actress said, “I did not make any such statements in the first place. To me glamour means beautiful. But there is a misperception that glamour means it is something inappropriate. But I am not in to playing parts that have a lot of unnecessary skin show.”

The actress also has talked about her physical transformation, speaking on it the actress has reportedly stated, “I am quite comfortable with the way I look right now. I can wear any outfit that I like. But that was not the case when I had put on a bit of weight. Many of my fans like to see the old chubby me as they have a liking to it. But I guess, it is important to get in shape according to the role I play.”

Saani Kaayidham is said to have clocked a decent number of views on the OTT platform so far. Apart from actors Selvaraghavan and Keerthy Suresh, the movie has actress Lizzie Antony in a vital role. Music director Yuvan Shankar Raja has composed the music for the film. Cinematographer Yamini Yagnamurthy has handled the cinematography department of the venture. Editor Nagooran has taken care of the editing department. The movie is produced by Lalit under the banner house Seven Screen Entertainment.

On the other hand, actress Keerthy Suresh who has had two releases on the same day is currently busy shooting for her Telugu ventures Bhola Shankar which is helmed by storyteller Meher Ramesh, and for Dasara directed by Srikanth Odela in which she will be romancing actor Nani, and for her Tamil flick titled Maamannan under the directorial of film maker Maari Selvaraj. Apart from these dramas, the actress will have a release in Mollywood with her drama Vaashi in which she has shared the screen space with actor Tovino Thomas.

Anushka not acting with Prabhas in his next...