Usually actors will take more pain in making a movie by increasing their weight, acts in different make up to attract their fans. Many heroines used to dance for a song with awkward dressing style and that’s what they are shown in Movies. But currently leading heroines are demanding equal roles to that of the hero’s. So new actresses are given Chances to act with existing heroes. 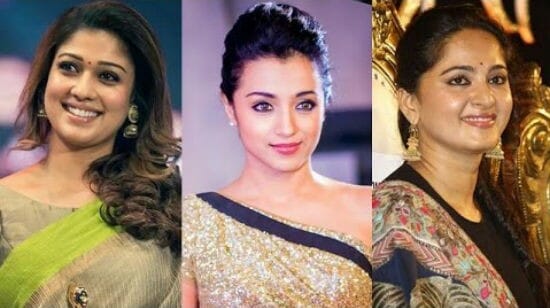 As per latest trend heroines are acting in heroine based movies and are creating a new trend in the industry. Nayanthara has acted as a ghost in Maya and as a deaf girl in Nanum Rowdy Thaan. Presently she is acting in Dora, Imaikaa Nodigal and Kolaiyudhir Kaalam in different getup. Anushka proved her individuality in Arundathi, Baahubali and Inji Iduppalagi.

Trisha is also acting in a horror movie titled as Mohini and in Sathuranga Vettai part two. Her next project will be 1818, which will be based on true incident. The leading actresses have captured hearts of many by acting so and have proved their individuality.