Actress Kayal Anandhi was last seen in the social drama Irandam Ulagaporin Kadaisi Gundu that was released in the year 2019. The actress who recently made her debut in the digital space is back on silver screens nearly after a year with a woman oriented flick Kamali from Nadukkaveri. There was a time in Tamil cinema not long ago when making women centric films were not that easy and were totally gone out of picture. But now, for a decade or so female centric flicks have begun to be a part of Tamil cinema. Not only that they have received critical acclamations but have gone on to do well in the box office. Kamali from Nadukkaveri is the recent addition to the line of female oriented dramas. But is it good enough to ensure commercial success? To know that let us get in to the movie review. 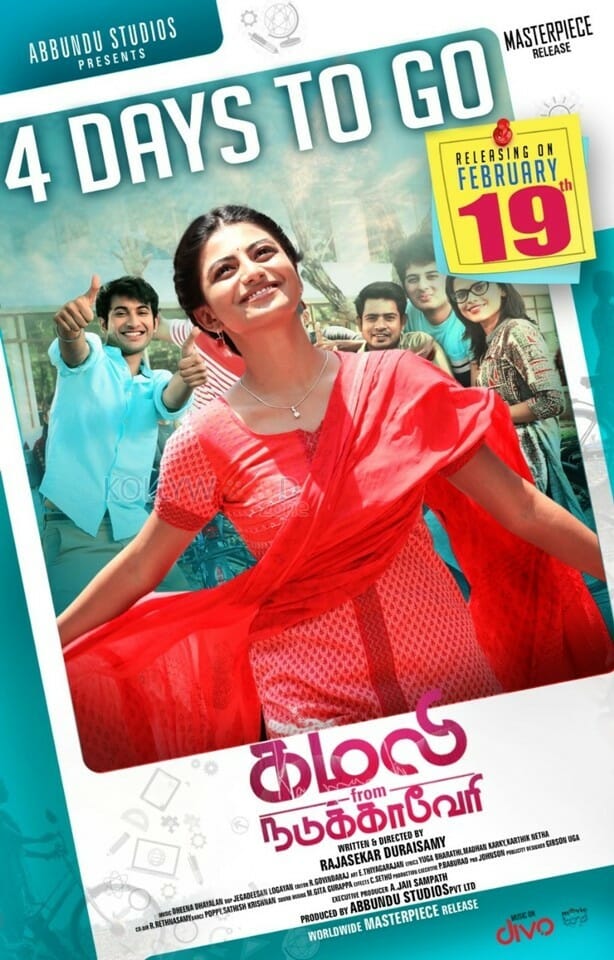 Kamali from Nadukkaveri follows the life story of Kamali (Kayal Anandhi), an innocent and mischievous girl hailing from a remote village Nadukkaveri in Thanjavur district. She is doing her eleventh standard in a state run school. She is an average student who does not have big dreams in life. All she wants and cares about is to plan her next prank. Her favorite person to play a prank on is Arivudai Nambi (Pratap Pothen), a retired professor who lives by her house. Kamali’s father (Azhagam Perumal) is an old styled man who still believes education is not meant for girls. While he has high hopes on his son, he plans on marrying off his daughter soon.

One day she watches Ashwin (Rohit Seraph) a CBSE topper in a television show and falls for him immediately. In the show Ashwin proudly says that he is going to join Indian Institute of Technology, Chennai. Suddenly, Kamali is inspired and wants to join the institution just so she could be able to develop a relationship with him. She takes her studies seriously to get placed in the reputed institution. Arivudai Nambi takes up the responsibility to aid her. Kamali works hard and clears the exam with good results. But her brother attains bad scores disappointing their father. So after much struggle her father decides to send Kamali to Chennai to pursue her education. Kamali comes to Chennai with a lot of excitement and expectations. Unfortunately, she finds it hard to cope with life in the city. She decides to go back to her village. Will Kamali throw away her hard work and stay in her village or fight hard to adapt to the city life is what makes the rest of the flick.

Film maker Rajasekar Duraisamy has his heart at the right place with wanting to make a flick about how important education is for a woman. But the truth is his writing and scene building does not help his good intentions. The initial portions of the flick talks about an innocent girl in a village backdrop without any dreams then there is a moment by which she is inspired. A solid incident is required to build a life defining moment. But in Kamali from Nadukkaveri it is the funniest moment of the entertainer. When the event that inspires Kamali fizzles out, it becomes hard for us to pin for the character. On many occasions story tellers of Tamil cinema have stunned us with their imagination in building the love at first sight scene. Director Rajasekar Duraisamy has taken that to a whole new level.

After a point the film maker switches gear from what he wanted to explore initially. He begins to talk about the campus culture of IIT and how students struggle with the system of the institutions. After moving the plot leisurely to his own comfort he brings us to a patience testing moment with his climax portion. In dramas such as Kamali from Nadukkaveri the final part of the film are meant to be touching. But director Rajasekar Duraisamy drags and drags the climax section until we are completely drained of energy to continue watching the drama. Perhaps, with relatable drama and rational scene sequences Kamali from Nadukkaveri could have been a much better entertainer.

Actress Kayal Anandhi has landed herself in a decent lead role. She is apt as a young innocent village girl. The actress has handled the transformation from innocent girl to a confident young girl quite well. Veteran actor Pratap Pothen cake walks his character and makes his presence felt even with a limited screen time. Actor Azhagam Perumal shines as a doting father. Comedian Imman Annachi makes us laugh here and there while actor Rohit Seraph severs his purpose well. The rest of the cast has delivered a decent performance.

On the technical front, while music director Dheena Dhayalan’s tracks are not alluring, his background scores are decent. Cinematographer Jegadeesan Logayan’s frames are adequate. He has covered the village atmosphere well. Editor Govindaraj adds strength to the film with his cuts.

On the whole, lack of engaging drama and improper scene sequencing sinks Kamali from Nadukkaveri despite its good intentions.