Actor Jayam Ravi who ventured in to Tamil cinema with Jayam in the year 2003 has reached his 25th film landmark with Bhoomi. Though the star started out as an out and out entertainer, of late he has his focus on delivering responsible social message centric films. In order to avoid the audience from getting bored of his film choices the actor blends both entertainment and message oriented dramas quite well. And for his 25th movie the actor has choose to go with a message centric movie. For a decade or so when it comes to message oriented flicks, heroes of Tamil cinema are keen to fight for our farmers on on-screen than fighting for any other social issue. That perilous virus has not let off actor Jayam Ravi as well. So he hands over the task to his favorite director Lakshman. Has the story teller stood up to the expectation of the star? To know that let us get in to the review. 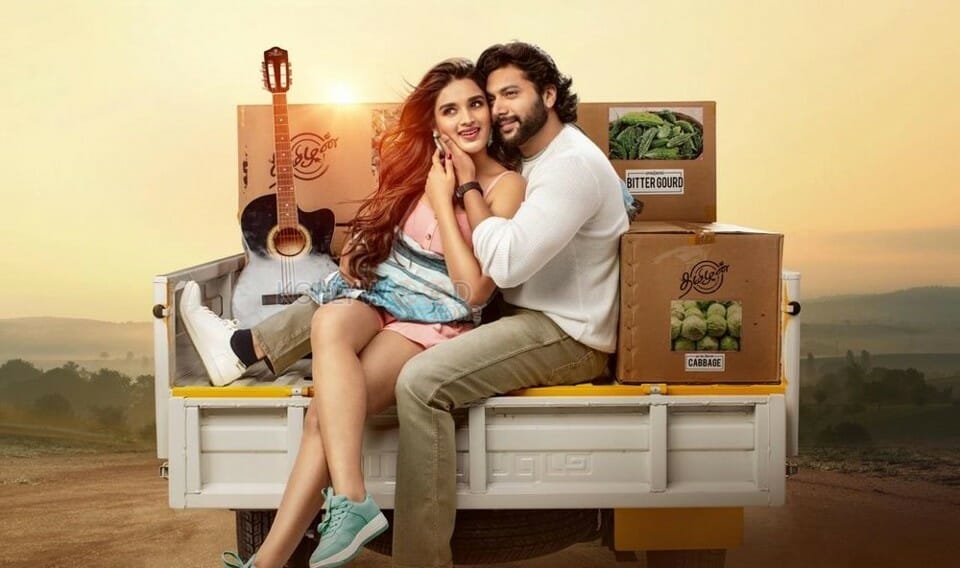 The film opens with Bhoominathan aka Bhoomi (Jayam Ravi) addressing the journalists about his cutting edge invention that is set to rewrite the human history. He has developed a capsule that would facilitate reverse respiration process in human body enabling the humans to breathe in carbon dioxide in mars. Bhoomi is an NRI and celebrated scientist at NASA working on the mission to mars. His ambition is to build a new habitable planet for the human race. Everything is set for the mission and he is about to embark on a historic journey to mars soon. But Bhoomi desires to visit his hometown with his mother (Saranya Ponvannan) in Thirunelveli, Tamil Nadu before he leaves earth. But once he is in his homeland, the cliché unfolds and he falls for a naughty and silly girl (Nidhhi Agerwal).

Slowly, the things Bhoomi witnesses in his village make him to question his ambition to build a new planet while few people are destroying the very planet they live in. He hears about the pathetic situation of the farmers in the village and their struggle to carry out agriculture. Besides all this they have to fight a mighty corporate firm to save their land. All this makes Bhoomi to quit his mission to mars and take up agriculture and lead the fight against the force that are exploiting the farmers. He comes up with a plan to turn agriculture in to a profitable business. Will Bhoomi be successful in his attempt to save the farmers of his village is what makes the rest of the film.

Of late story tellers of Tamil cinema seems to believe that just picking up an issue related to agriculture and developing a plot around it is enough to ensure the success of their flick. To pit the poor farmers against the mighty corporate owners trying to steal their land is their much preferred unique selling point. It seems like director Lakshman also just wants to capitalize on the issue. But interestingly the director has few note-worthy concepts in making agriculture lucrative. But it looks like he has done his research regarding agriculture in a hurry burry state. Hence, he simplifies very complex matters and offers a dramatic solution to it.

There are a lot of statistics and information regarding agriculture, true or false, they are simply voiced like in documentaries. He could have used all the data in hand, added few interesting drama to it, and made it compelling. But he squanders a promising opportunity at hand not only by his improper research but also by indulging in comfortable writing. Also, his characters lack depth, a factor that hinders us from staying focused on the film. Director Lakshman is ambitious he wants his Bhoomi to be informative to the audience. Hence he brings in the much talked about cynical concept like secret society to Tamil cinema. After a certain point Bhoomi shift gear from agriculture and attempts to deliver a political message as well, but ends up being neither.

Actor Jayam Ravi cake walks his character as he is well seasoned in delivering emotionally raging dialogues. But the actor does not have a solid script to deliver something meaningful. And sadly he even looks funny mouthing dramatic ideas. Amidst all this tragedy there is a love track as well with actress Nidhhi Agerwal who seems absolutely clueless about what she is doing. Antagonist Ronit Roy is more comical than comedian Thambi Ramaiah. Actress Saranya Ponvannan is known for her adeptness in donning mother roles in k town. But even she struggles as her character in Bhoomi is so poorly written. The rest of the cast have delivered what was asked of them.

On the technical front, music Director D. Imman’s tracks are lackluster while his background scores add in enhancing the emotions. Cinematographer Dudley’s frames are adequate. Editors John & Ruben have done their job effectively.

On the whole, Bhoomi is yet another film trying to capitalize on the farmer’s issue and ends up being a tedious drama.