Home Kollywood Celebrity News It Is A Wrap For Hansika Motwani’s Web Series!

Actress Hansika Motwani ventured into Tamil cinema through the film Engeyum Kadhal which hit the screens under the direction of story teller Prabhu Deva with actor Jayam Ravi in the lead role. Her bubbly and cheerful personality instantly made her popular amongst the young audience, and shaped a huge fan following in the state. With the flick performing well in the box office, several movies from multiple languages including Telugu, Kannada, Malayalam, and Hindi, came her way. Now, it is a season of web series and dramas in Kollywood. Actress Hansika Motwani is the latest one to join the trend. The actress who has been busy filming for multiple ventures is all set to make her debut in the OTT space with her upcoming web series titled MY3. Actor Shanthanu has essayed a key part in the flick. Film maker Rajesh M has helmed the web series. Now, we have an interesting update on the project.

The romedy series which went on floors a few months back has now been wrapped and has entered the post production stage. The production house has planned to launch the web drama in the Disney Plus Hotstar OTT platform. Actor Shanthanu has shared the news on social media. Taking to his official twitter handle the actor shared a bunch of pictures of the team from the shoot, and wrote, “It’s a wrap for MY3. Thank you for trusting me Rajesh sir. My amazing co-stars, always Anbaana Mugen Rao, the brat Hansika, dearest Janani Iyer, the hilarious unstoppable duo Abhishek Kumar, Shakthi Raj & the entire team. Coming soon on Disney Plus Hotstar.” 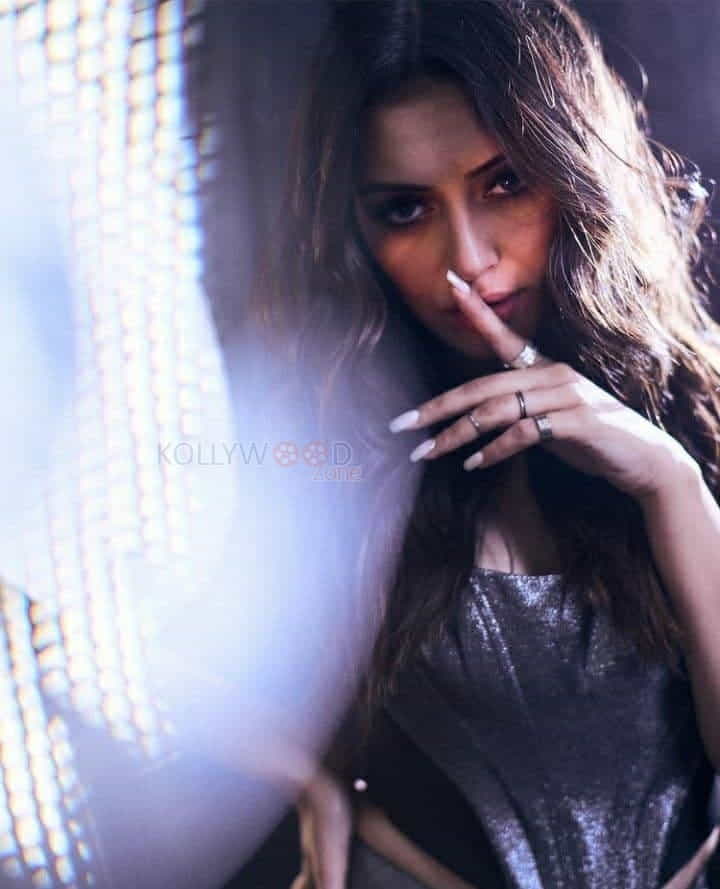 It is said that the series is of a robot falling in love, and will reflect the romance of this generation. Actress Hansika Motwani played the robot in the flick. Director Rajesh is known for his ability to write comedy. So, the expectations on the series are quite high. Apart from actors Hansika Motwani and Shanthanu, the film has actress Janani Iyer, big boss fame Mugen Rao, Ashna Zaveri, Subbu Panchu, Ramar, Thangadurai, Nisha, Abhishek Kumar, Cook with Comali fame Shakthi Raj, and VJ Parvathy. Music director Ganesan has handled the musical instruments for the movie. Cinematographer Karthik Muthukumar has cranked the camera for the flick. Editor Ashish has trimmed the entertainer. The project is bankrolled by producer S Ramamurthy under the banner house Trendloud.

On the work front, actress Hansika Motwani who was last seen on screens in 100 is getting ready for the release of her upcoming drama titled Maha helmed by film maker U. R. Jameel in which she has shared the screen space with actor Silambarasan. The actress is currently busy shooting simultaneously for many ventures. She is shooting for Rowdy Baby under the direction of story teller J. M. Raja Saravanan, for a couple of her untitled flicks under R. Kannan and Vijay Chander, and for her Telugu film christened My Name Is Shruthi helmed by director Srinivas Omkar. Apart from these projects, the actress has her Tamil movie Partner directed by storyteller Manoj Damodharan in which she has collaborated with actor Aadhi Pinisetty, and her Telugu entertainer 105 Minutes which is helmed by film maker Raju Dussa getting shaped in the post production for release.