Kollywood industry’s lady superstar Nayanthara had previously romanced actor Prabhu Deva. It was stated that until a few years ago, Nayanthara and Prabhu Deva were deeply in love with each other and even planned to marry. 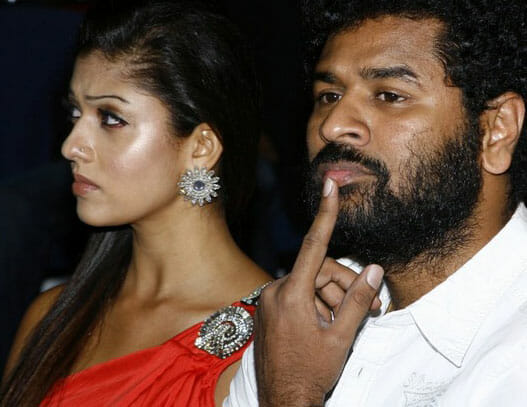 It was added that the ex-couple broke up and separated for unknown reasons and after that they never worked together ever since. Nayanthara had become a leading actress in Kollywood and had touched hearts of many and had become dream girl for many youngsters and married men.

But as per latest news it was stated that Nayanthara and Prabhu Deva are in talks for Pizza and Jigar Thanda director Karthik Subburaj’s next movie. Yet the official announcement about this news hasn’t come out. Currently Nayanthara is acting in Aram, Kolaiyudhir Kaalam, Imaikaa Nodigal and Vellaikaaran.