Sources had recently stated that Kollywood’s director Sundar C’s upcoming period drama Sangamitra is going to be officially launched at the prestigious Cannes Film Festival at France and the film’s lead cast is leaving no stone unturned to make a big splash on the red carpet. 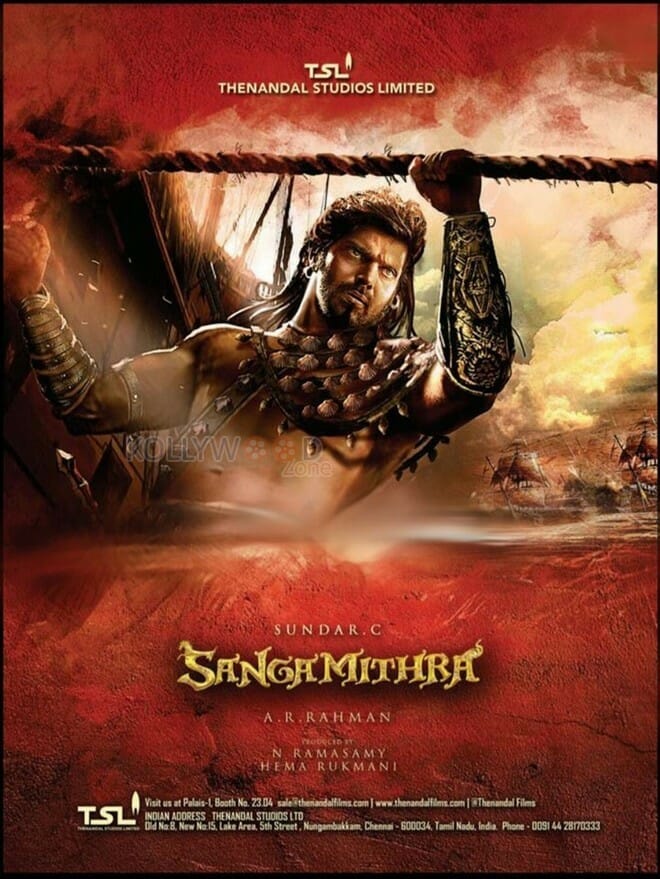 It was stated that Shruthi Hassan will fly down to Cannes from London, Jayam Ravi, Arya, Sundar C, Kushboo, and Jayam Ravi’s wife Aarti flew to Cannes earlier yesterday for the big event which will be held in a grand manner. Sri Thenandal Films Company will be producing for the movie.

Sangamitra is the story of a warrior princess, who must protect her lands from her enemies. The film will be released in two parts. AR Rahman is composing the music for this period drama. Stay tuned for more updates.