Tamilnadu’s Tamil party’s chief administrator Seemaan has stated that the world famous Chevaliar award which is given to Kamal Haasan has made the state proud of his achievement. Through ‘Kalathur Kanamma’ Kamal made is entry into Kollywood as a child artist and has grown to peak after his ’16 Vayadhinile’. 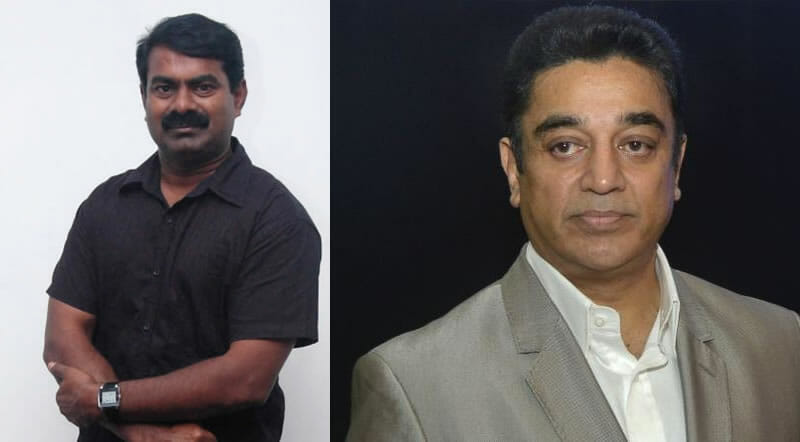 Kamal has acted not only in romantic movies, but he has also acted in many social awareness giving movies like ‘Varumai Niram Sivappu’, ‘Sathya’, ‘Unnaal Mudiyum Thambi’ and lots more and he has created huge awareness among the people.

Seemaan has told that after Shivaji Ganesan, presently Kamal was honored with the award, which is proud for all the Tamilians. He feels proud of Kamal’s accomplishments and he has also greeted Ulaganayagan at this stage for his wonderful performance.