Ritika Singh who made her debut in K town through Sudha Kongara Prasad’s Tamil sports film Irudhi Suttru received a lot of appreciation from all corners of the country as the film was a multi lingual project which was shot in Hindi at the same time and later in Telugu. Following the success of the film in all languages the actress went on to star in the official Tamil remake of Kannada film Shivalinga directed by veteran P. Vasu starring Raghava Lawrence in the lead role, which turned out to be a miserable flop venture. 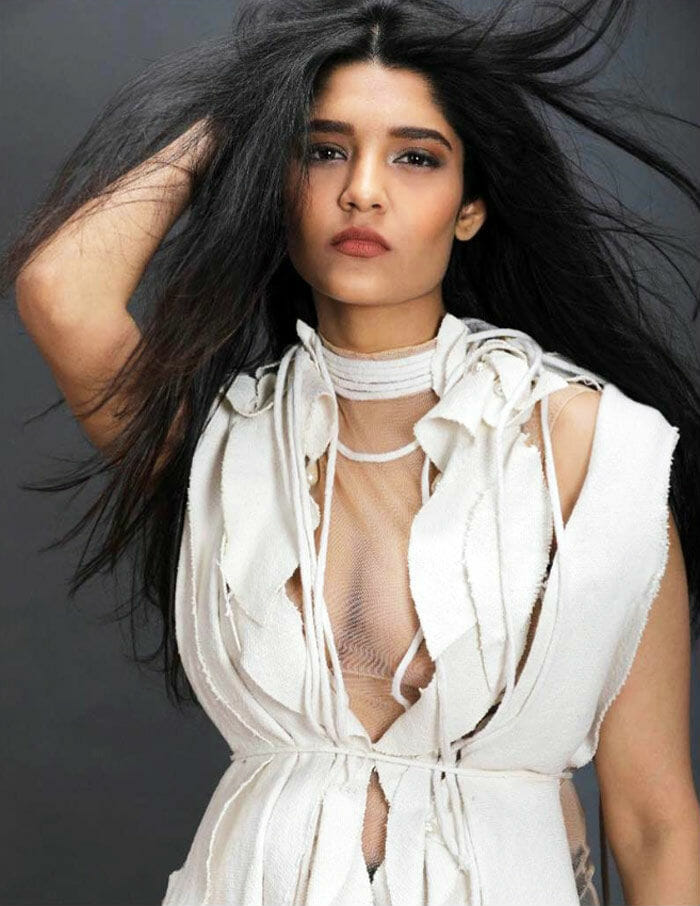 The actress is currently gearing up to begin shooting for her film Boxer under the directorial of director Vivek which will have actor Arun Vijay in the lead role. The film is in its pre-production stage and almost all paper works for the film is said to have been filled up. In the meanwhile, the actress had decided to do a photo shoot and now the pictures of the shoot are all out in the internet raising the temperature of the youths. The Aandavan Kattalai heroine looks stunning as well as bold in the pictures that hit the internet recently.

Earlier to this shoot, sometime in March the actress had done a shoot similar to this one but that was not as bold as this. As soon as the pictures hit the net people were quick to pour out their opinions on the action of the actress. The photos that were too hot to handle had a mixed reception among the netizens. As usual some described the beauty of the actress while many expressed their disappointment over the reckless action of the actress. It has been a trend for a long time not only in Indian cinema but in the world cinema for actresses to gain the attention of people through such steamy photo shoots. But we are not quite sure how many of them have managed to reach the stardom that they desire through this mode. Whatever lets us hope they get what they want.

On the work front, the actress is getting ready to don the role of a sports journalist in the Arun Vijay starrer film titled as Boxer. Music director Leon will be taking care of the music for the film while cinematography will be done by Markus. Apart from this project the actress has an action thriller film in her kitty, titled Vanangamudi which will have actors Arvind Swamy and Simran in the lead role accompanied by Nandita Swetha and Chandini Tamilarasan in pivotal roles. The project is set to be bankrolled by M. R. Ganesh under the banner Magicbox Films.