In the Kollywood industry through ‘Idhu Enna Maayam‘ actress Keerthy Suresh has made her entry into Kollywood and has acted in Rajini Murugan, Thodari and presently she is posing in Vijay’s 60th project and she is also booked to perform in three Telugu industry movies. 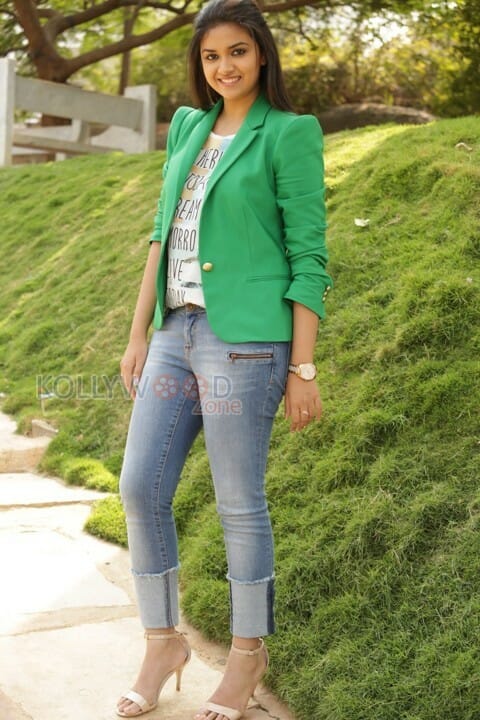 In her previous movies she was not given that much importance for her costume, but presently her costume is given more priority and she is made more beautiful by her bright and beautiful costume. Mostly in duet songs her costume has made superbly and some costume was shown glamorously and her costume may attract more fans.

The director has spend huge amount for her costume, especially for the romantic scenes and to add more beauty to her beautiful face, she is dressed beautifully and her costume has made her look gorgeous and so Keerthy Suresh has taken many selfies in her grand costume, which she has never wore in her previous movies.