The audience is even more excited with ‘Irumbu Thirai’ as it has now got the green signal from the Censor Board with the U certificate. This film is directed by Mithran. The production house behind this film is  Vishal’s home banner which goes by the name of Vishal Film Factory. The romantic half of Vishal is being played by the actor Samantha. However, the antagonist of the film is being played by Arjun popularly known as ‘Action King’. Some of the other important cast members of the film includes actors like Delhi Ganesh and even the famous comedian, Robo Shankar. 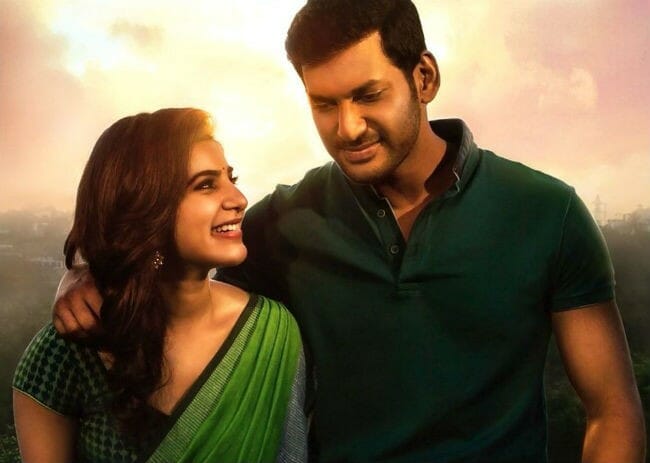 The music of this film has been composed by Yuvan Shankar Raja. The cinematography of the film is being handled by George C Williams. For Yuvan Shankar Raja, Irumbu Thirai has a special significance. It will be his 125th film in his long career. There is another special importance in the film and that is, this is the first film in which Samantha and Vishal will be seen together. The name of the character that Samantha is playing in the film is Dr. Rathi Devi. The release of this film is scheduled for 29th March which was earlier scheduled for Pongal 2018.