Mallu beauty Keerthy Suresh had made an impressive mark in Tollywood this year with her 65 crores grosser blockbuster Biopic of legendary actress Savithri, Mahanati directed by Nag Ashwin.

The movie won her critical acclaim as everyone said that Keerthy Suresh lived as Savithri and it was not just acting. After winning lots of accolades the actress starred in Chiyaan Vikram starrer Saamy Square which was trashed by critics and went on to become a flop venture at the box office. 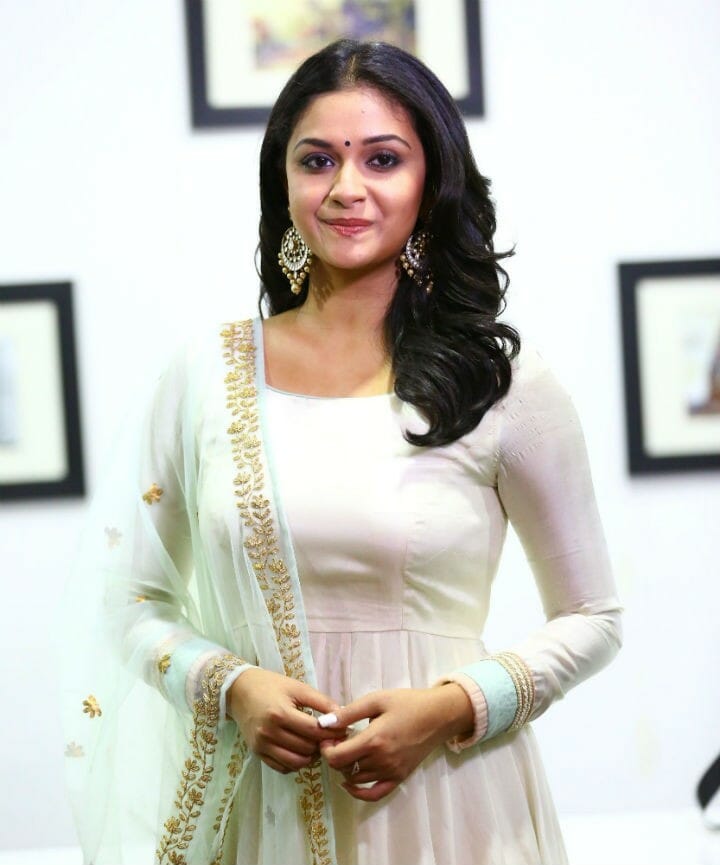 Now the actress is awaiting the result of Sandakozhi 2 opposite Vishal and directed by Lingusamy, releasing on October 18 to decide whether to do glamour or not.

On the other hand, It has been said that she’s awaiting a call from magnum opus maker SS Rajamouli to join his next biggie RRR starring mega Powerstar Ramcharan and young tiger Jr NTR. It is to be noted that Rajamouli had appreciated Mahanati performance of Keerthy as well and hence Keerthy is expecting him to cast her.

The movie has not yet started and as per reports, even now, the groundwork is going on. Even though the movie is officially announced months back, SSR is not ready to start rolling as he thinks the pre-production plays a major part than the movie itself.