Home Kollywood News Dhanush Gets Swedish Actress On Board For His Next?

Actor Dhanush is having the time of his life in his professional career with flicks from Kollywood to Hollywood in his basket. The actor who had been dealing with personal stuffs is back on business and have begun to shoot for his upcoming ventures. It is a known thing that actor Dhanush will soon be seen on screens under the directorial of his brother and story teller Selvaraghavan once again in the project Naane Varuven. The duo has been busy shooting for the entertainer in Ooty. The flick is currently in the final schedule of shoot and will be wrapped up shortly. Now, we have an interesting update on the project regarding the female lead of the project.

The production house of Naane Varuven recently unveiled the first look poster of the flick on social media. The poster has actor Dhanush sitting in a chair, looking up, exhaling cigarette smoke. Actor Dhanush took to his official twitter account and shared the poster and wrote, “Naane Varuven.” 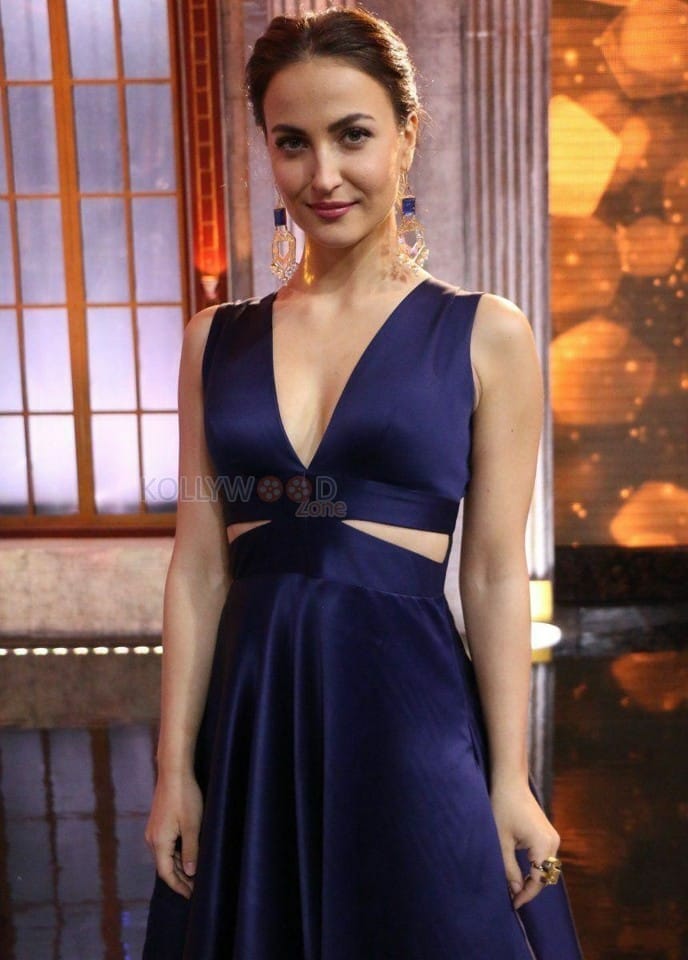 Now, we have news that the film will have Swedish actress Elisabet Avramidou Granlund aka Elli AvrRam essaying the female lead role. It is said that the actress has joined the team last week and has been shooting for the flick. The actress has retweeted the post made by actor Dhanush. Actress Elli AvrRam shot to fame after being a contestant in Hindi Big Boss hosted by Salman Khan. She made her debut in Bollywood in the flick Mickey Virus alongside actor Manish Paul. Eventually she made her way to Kollywood with a supporting role in Paris Paris.

This is the fifth time the Kasthuri Raja brothers are coming together for a drama after Thulluvadho Ilamai, Kaadhal Kondein, Pudhupettai, and Mayakkam Enna. Their previous successes have set the expectations level quite high on the movie. Apart from actors Dhanush and Elli AvrRam, it is said that Selvaraghavan will also be essaying a key role in the film. The rest of the cast is expected to be finalized and announced shortly. The music for the entertainer will be composed by Yuvan Shankar Raja. Cinematographer Arvind Krishna will be cranking the camera for the flick. Editor Antony L Ruben will be taking care of the editing department. The entertainer is funded by Kalaippuli S. Thanu under the banner house V Creations.

On the work front, actress Elli AvrRam is currently busy shooting for her next Bollywood film Ganapath under the directorial of film maker Vikas Bahl in which she will be seen alongside actor Tiger Shroff. On the other hand, actor Dhanush who had an OTT release in the likes of Maaran is currently busy shooting for his next Hollywood project christened The Gray Man helmed by directors Christopher Markus and Joe Russo in which he will be sharing the screen space with actors Ryan Gosling, Chris Evans, and Ana De Armas. Apart from this, the actor is also busy shooting for his project Thiruchitrambalam under the directorial of Mithran Jawahar in which he will be romancing Raashi Khanna, Nithya Menon, and Priya Bhavani Shankar. Following which the actor will begin shooting for his Tamil Telugu bilingual venture titled Vaathi directed by Venky Atluri.

Mani Ratnam’s Ponniyin Selvan To Get a Release...