The recent Oscar episode of Will Smith smacking show host Chris Rock on stage during the live event has got the world talking. Host Chris Rock, typically as it happens in the Oscar party, passed a comment on a funnier note on Will Smith’s wife Jada Pinkett Smith’s hairstyle saying that the actress is getting ready to play the lead role in the sequel of GI Jane. But later it turned out that it was a medical condition of Jada called Alopecia Areata. As a reaction to Chris Rock’s comment the actor walked right on to the stage and slapped him on a show that was on air with millions of people watching. The actor later wrote an open apology letter to Chris Rock stating that he is sorry and that he was out of line. This event has been the topic of discussion on the social media world. 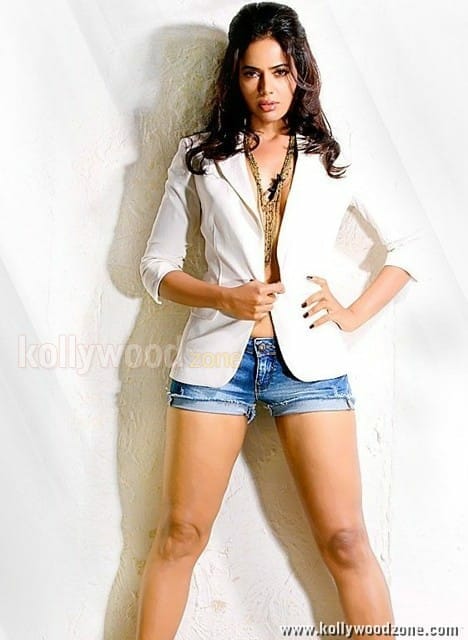 Actress Sameer Reddy has been addressing major contemporary issues in the society. Recently, the actress had opened up about how she had postpartum depression after giving birth to her first child and talked about how she overcame it. The actress has now talked on the medical condition of Jada.

The actress took to her official Instagram handle and shared a couple of pictures of herself and wrote, “The current Oscar controversy made me want to shed light that we all have our individual battles we are fighting and healing from and we need to create a positive safe space for one other.” Beginning her write up with this, the actress went on to explain about Alopecia Areata, “What is Alopecia Areata? It is an auto immune disease. When you have Alopecia Areata, cells in your immune system surround and attack your hair follicles. This causes the attached hair to fall out that causes patches of bald spots. I got diagnosed with it in 2016 when Akshai saw I had 2-inch bald spot at the back of my head. In one month, I discovered two more patches. It was really hard to deal with. Alopecia Areata does not make people sick, nor is it contagious. It can, however, be difficult to adapt to emotionally. For many people, Alopecia Areata is a traumatic disease that warrants treatment addressing the emotional aspects of hair loss, as well as the hair loss itself. The doctor told me that in most cases the hair grow back and with Corticosteroids injections in the scalp my three patches grew back slowly. But I’m very aware there is no cure.”

Writing further, the actress added, “And there is no particular reason why a person gets Alopecia Areata. Other types of alopecia are – alopecia totalis ophiasis (when entire scalp turns bald); alopecia ophiasis (when even the hair loss is also on occipital, temporal, and parietal regions of the scalp); and alopecia universalis (when the hair loss happens across the entire body). And though right now I have healthy hair with no patches (that I am grateful for everyday). I’ve been told I have to be aware it can come back at any point in my life. I do take homeopathy and I holistically hope to keep it at bay. In this fast-paced world I pray people will pause and reflect and be sensitive to each other.”

Jayam Ravi teams up with director Lakshman for...