Recent internet sensation actress Ramya Pandian whose hot photos went viral on internet has opened up to a leading daily about the photos that took her to the trending zone on internet. The actress who garnered the attention of the Tamil cinema audience with her impressive performance in the national award winning drama Joker in which she portrayed the role of a tragic and helpless village girl was the talk of the town a couple of weeks ago after her hot and beautiful pictures in which she dons saree, the traditional attire of South India reached millions of people. The fans of the actress have been showering in complements for the way she had flaunted her curves. Speaking about the photos the Aan Devathai star says there was no concept behind the shoot nor did she have any idea that it would garner the attention of people to this extent.

Talking to a leading daily about it, the Joker star says, “I would like to bring in variations every now and then in my look as well as to the roles I depict. I did a role of a tragic and helpless village girl in Joker and if you take my next film Aan Devathai it would be completely a contrast role to that I portrayed in Joker. I have done many photo shoots in the past in studios as well as in scenic locations. But this shoot was unplanned and was supposed to be a simple shoot with natural lighting. I did not realize that the photos have reached a wider set of audience; it was only after I stated getting calls from the media I came to know about. I am glad people like me in saree and even happy that they accepted me for what I am.” 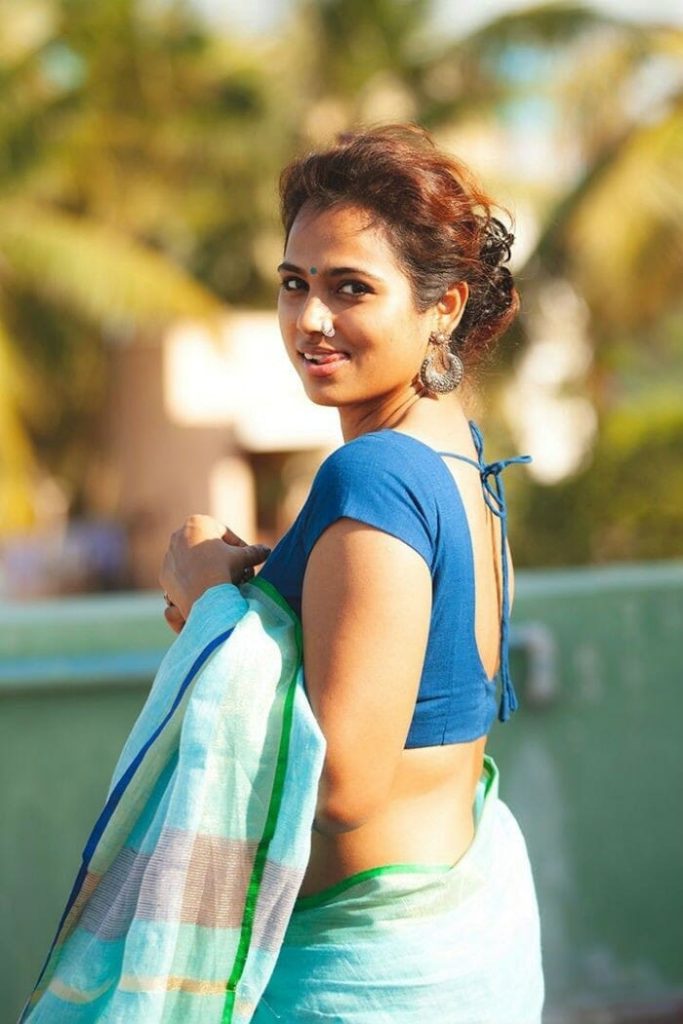 When asked about was the decision to do a sensual photo shoot intentional, the actress says, “Like I had stated before there was no planning beforehand going in to the shoot. It was a casual shoot that took place on my terrace. If you take a look at my social media account you can see that I have done a lot of shoots before and have tried out various looks. But these sorts of questions pop up now just because of my photos have gone viral. I am glad to see that people have accepted me and I have seen few fans pages, edits, few poems penned for my images, and memes that they make with my pictures which are funny to look at.”

Opening up about the lewd comments passed on the photos and the reactions it had among her family members, the actress states, “That is their opinion and I have nothing to comment on it. My intension was to show how I look now especially after I have lost weight. Well, some have given me complements while others view the photos differently, I can do nothing about it. Photo shoots are not new to my family but my shoots getting viral is.” Commenting on actor Vivekh’s tweet in support of her, she states, “After watching Aan Devathai he had expressed his support for me and said I should make my mark not just in Kollywood by in Indian cinema industry, ever since he has been very supportive of me.” The actress also added that she has committed few projects and the production house will announce it in next few days.