The movie is a new era for both elders and youngsters. Probably, the enormous cast such as Arya, Sri Divya, Simhaa doesn’t recreate the magic once again. But they have seriously done some justice. Bangalore Naatkal opens with a narrative style of Bobby Simhaa. The movie is about 3 cousins and their different temperaments and lives.Though each personality is very different from one other, their bond which is portrayed through an excellent screenplay is what makes the film special. In these days where own families do not support each other when things get tough, this movie portrays how these 3 cousins stay together through thick and thin. 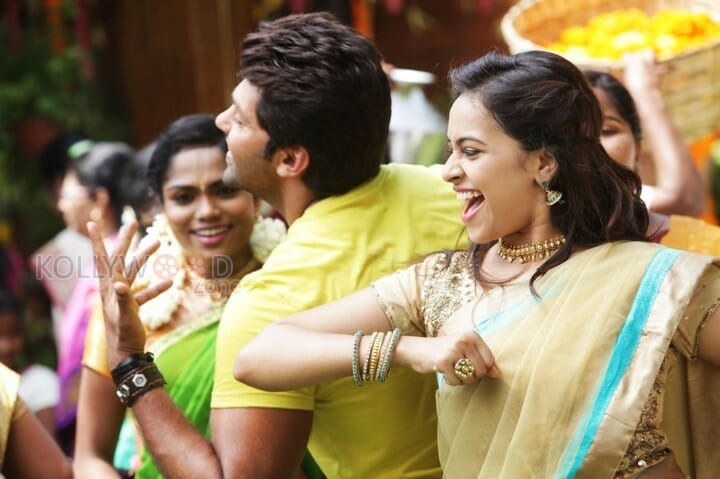 Sri Divya character is sharp witted and independent in the true sense. But as we saw Nazriya in the Original, she never fits the bill. But still her portrayal of how a modern Indian woman is expected to conform is spot on but her free spirit is destined to do much more. Simhaa is the biggest failure here. He never fits shoes of Nivin Pauly. Arya is a rome kind of guy who is a free spirit. He is extremely impulsive, he does what his heart tells him to do. This movie is both a treasure and pleasure worth watching. The messages were strong along with performances and plot. The comic elements are spot on without being forced or cliché. The other bright spot is definitely the music.

The subtle yet stunning moments of warmth sum up the movie. The editing is almost perfect,the cinematography is excellent and the shots do a perfect job in complementing the emotions. Coming to the performances, the entire cast has done a terrific job but it is below par than the original. Technical wise the movie is not glamorous, but yet it’s mystical and beautifully romantic.

Overall, the movie is not as the original but still a celebration of life!