Actress Anandhi who made her debut in Tamil cinema in the Vetrimaaran’s production Poriyaalan shot to fame through the Prabhu Solomon’s directorial Kayal. As a matter of sentiment she added the name of the film to the prefix of her name and is now popularly known as Kayal Anandhi. The actress was last seen in the social drama Pariyerum Perumal which received a lot of critical acclamations from the audience as well as from the critics in the industry and also managed to do well commercially. Now, we have some interesting updates on the actress next venture. 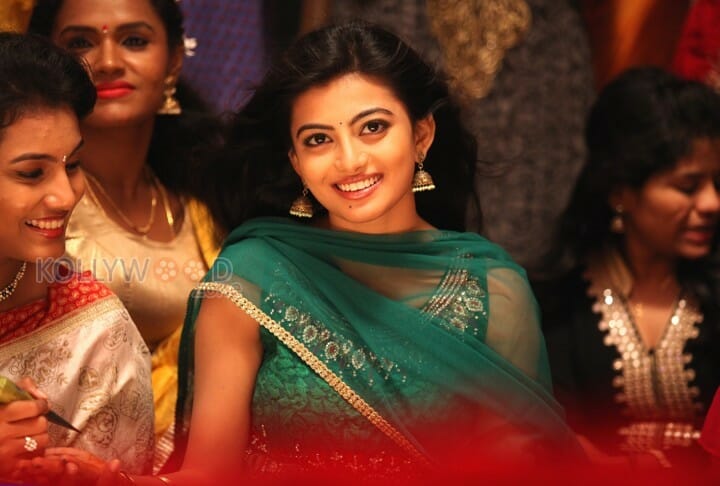 We have reports stating that the actress will next be seen in a project that will be helmed by debutant film maker Rajasekar Duraisamy. We also have reports that Bollywood actor Rohit Saraf of Dear Zindagi and Hichki fame will be playing the lead role in the flick. The romance drama is titled as Enge Andha Vaan. Speaking about the casting, the director said, “I felt actress Anandhi was perfect for the role when I penned the script. I was in search of someone who is apt to play the role of a city boy. I have seen the works of Rohit in Zindagi and Hichki. I felt he would be fitting for the role and so we roped him in for the venture. He plays the character of a Chennai boy but he will have very few Tamil dialogues. The drama will be very different from the regular love stories that we have seen in Tamil cinema.”

We also managed to get an outline of the plot of the project from our source. According to a source close to the director, “The plot of the film is about a young girl who hails from a small town. She comes to the city to pursue her higher education. There she falls in love with a city guy. So basically the movie is about her journey to find love and how she manages to find it in the end. The film will be narrated from the perspective of Anandhi.” We also have news that actor Rohit learned Tamil for this flick. The entertainer has been shot in Kumbakonam, Gobichettipalyam, Chennai, Pondicherry and some portions in Hyderabad and Delhi.

Apart from Kayal Anandhi and Rohit, the casting of the project has Prathap Pothen, Azhagam Perumal and Imman Annachi essaying various other supporting roles. The rest of the cast and crew that will be part of the entertainer are expected to be announced soon. We will have to wait to see in what way the love story is going to be different from the rest of the films that we have seen in Tamil cinema as the director stated.

On the professional end, actress Anandhi has just wrapped up shooting for her next drama Irandaam Ulaga Porin Kadaisi Gundu in which she has shared the screen space with actor Attakathi Dinesh. This entertainer is the second production of director Pa. Ranjith. Apart from this the actress has Titanic under the directorial of M. Janakiraman. She also has Allauvudhinum Arphudha Cameravum, Angel, and Ravana Kootam in her pipeline.