It is a well known news that the shooting for Thalapathy Vijay’s Bigil is happening in full swing in various locations of Chennai. The hype and anticipation around the project which was high right from the announcement of the flick was further upped by the first look poster of the project, which was unveiled by director Atlee on his twitter account on the actor’s birthday and it became the most talked about topic on social media on the respective day. Following which the set of a football stadium that was erupted to shoot the climax sequences of the film turned in to news. And on that list the recent headlines of the sports entertainer crossing the budget of Enthiran and Baahubali has further upped the expectation level of the project. 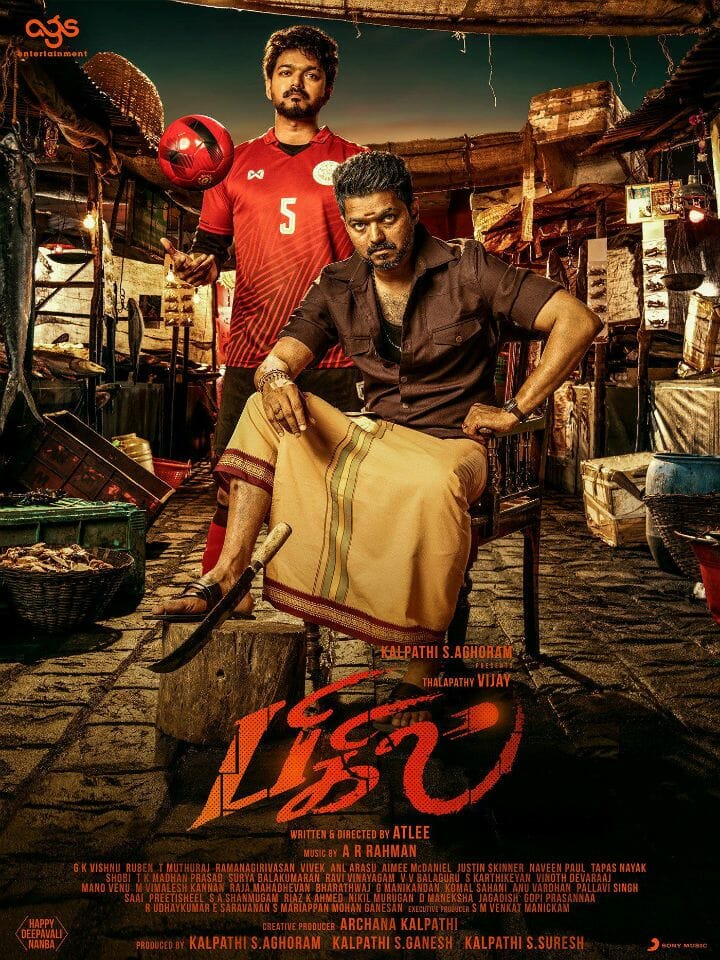 Now we have reports coming in that the sports drama has reached the finish line and the shooting of the movie will be wrapped up in the month of August. According to a source close to the unit, “The shooting of Bigil is happening in full-fledge. We are in the last leg shooting of the venture. If everything goes well we will be able to wrap up the project by August 10th. The entertainer will be wrapped up in Chennai, after which we will have plenty of time to work in the post production stage as it is slated to hit the screens as a Diwali release. We have some important CG works in the film so I guess the post production works will be time consuming.”

Bigil has a lot of surprises and treat for the aficionados of actor Vijay as he will be seen in dual roles, of a father and his son. The actor has also crooned a song for the first time in the musical of the Oscar winner A. R. Rahman which has been be penned by lyricist Vivek and titled as Verithanam. Lyrist Vivek was full of praises for the star for his simplicity and down to earth personality. The anticipation for the action sports drama is already at the pinnacle level. And with it the fact that story teller Atlee has teamed up with actor Vijay consecutively for the third time after the success of Theri and Mersal has created a lot of anticipation on the venture. We will have to wait to see whether the flick stands up to the expectations of the audiences.

Apart from thalapathy Vijay, the cast of the film includes lady super star Nayanthara who will be seen in the role of a physiotherapy student, Vivek, Yogi Babu, Jackie Shroff, Kathir, Daniel Balaji, Anandaraj, Indhuja Ravichandran, Reba Monica John, Varsha Bollamma, Rajkumar, and Devadarshini depicting various other supporting roles. The motion picture is bankrolled under the banner AGS Entertainment by Kalpathi S Aghoram, Kalpathi S Ganesh and Kalpathi Suresh. While G. K. Vishnu has been behind the camera for the flick, Ruben will take care of the trimming works for the entertainer.