The actor turned music director seems to have a promising year ahead with many films in his kitty. Though the actor’s last outing Thimiru Pudichavan did not do well in the box office, the actor is said to be in full of positive vibes that this year will be his year. As a supporting factor to the belief of the actor he has quite a number of films in his pipeline and is expected to deliver back to back films this year. The actor is currently gearing up for the release of his film Kolaigaran directed by Andrew Louis starring action king Arjun Sarja, Ashima Narwal, Nasser, Seetha, Mayilsamy and Guru Somasundaram in various other important roles. The film is expected to hit the screens in the month of May.

The actor who is currently busy shooting for his next film Agni Siragugal is set to join the shoot of his next film by the end of May. The yet to be titled flick is set to be directed by Metro fame director Ananda Krishnan. Recently, when asked about an update of his next venture, the director said, “All the pre production works for my film is done. Vijay Antony is nearing the end of his first schedule shoot of his film Agni Siragugal, once he is done with his project which is expected to end in the mid of May, our project will go on floors,” concluded the director. 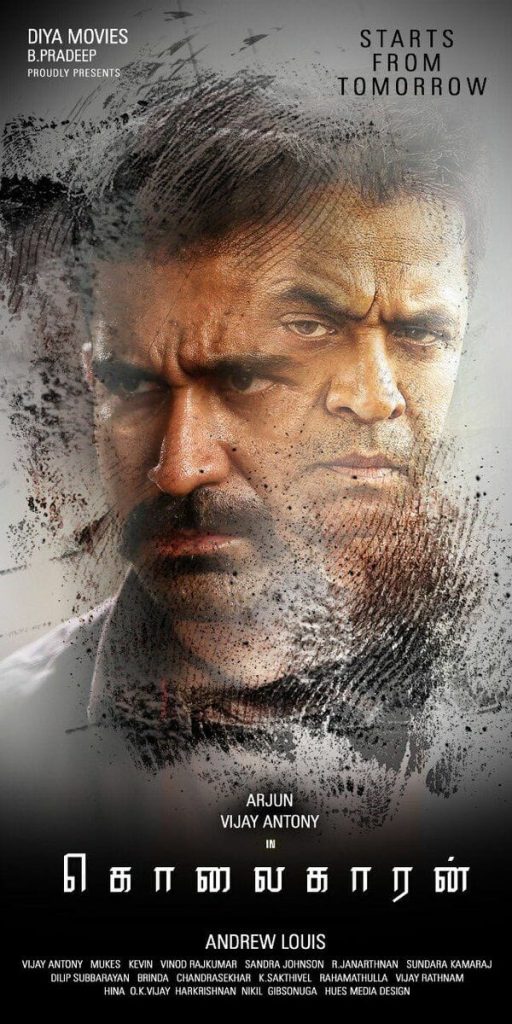 The yet to be titled film is funded by T. D. Raja under the banner Chenthur Film Internationals. N. S. Uthayakumar will be seen behind the camera while Uru fame music director Johan is set to score the music for the film. The film is said to be a political thriller with a powerful social message, this venture will mark the second time actor Vijay Antony being part of a political thriller after his super hit film Yeman.

On the work front, the actor is currently busy shooting for his film Agni Siragugal directed by Moodar Koodam fame Naveen and is also gearing up for the release of his movie Kolaigaran starring action king Arjun in a cop role. In a recent press meet the actor was full of praises for Arjun where he went on to credit that the performance of Arjun in Kolaigaran is to the international standards. The film is set to come to the theatres by the end of May. Apart from this the actor has Thamilarasan an action drama set to be directed by Daas fame director Babu Yogeswaran. Music maestro Ilaiyaraaja will be composing the music for the film. The actor also has Khaki which will be directed by debutant director Senthil Kumar.