Actor Arun Vijay’s career took a positive turn after his antagonist role in Gautham Vasudev Menon’s film Yennai Arindhaal. The actor has been on a signing spree after that film. The actor is currently basking on the success of his film Thadam, which hit the screens under the directorial of Magizh Thirumeni last month. The film not only was critically acclaimed but also enjoyed box office success which gathered the attention of Bollywood producers Murad Khetani and Ashwin Warde, now it is set to be remade in Hindi starring Shahid Kapoor in the lead. 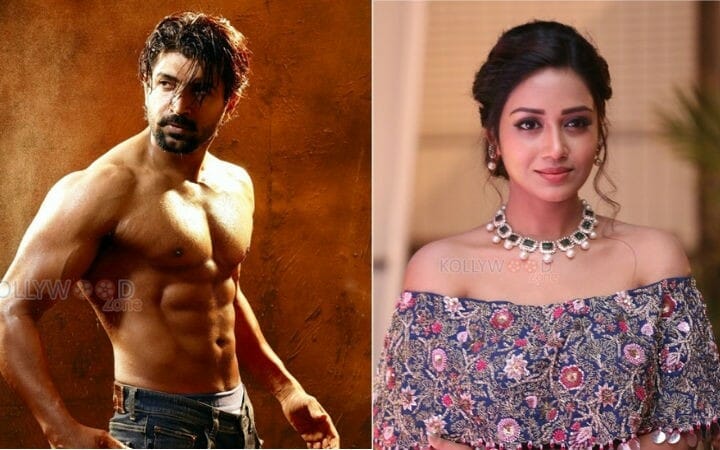 The actor who has recently finished shooting for his portions in the Baahubali fame actor Prabha starrer Saaho is gearing up for his new project. The yet to be titled flick will be directed by Dhuruvangal Pathinaaru fame director Karthick Naren. As the director’s previous film Dhuruvangal Pathinaaru even this film is said to be a neo noir thriller film. Actor Arun Vijay is said to don the hat of a lead boxer in the film and is currently working hard on his shape to fit into the role.

Earlier, we had reports stating that Irrudhi Suttru fame actress Ritika Singh will be seen in the female lead role. But there has been a change to it as actress Nivetha Pethuraj has been brought on board to don the female lead in the film. The actress is said to have agreed to play the role just after hearing the plot line of the story.

Pre production work is said to be happening in full swing for the untitled film which will be bankrolled by production giants Lyca Productions. Actor Arun Vijay also confirmed his signing of new Tamil project in his twitter account. Though the actor did not mention that he will be working under Karthick Naren’s directorial our sources are very sure that it is going to be Karthick Naren’s direction.

On the work front, the actor is gearing up for the release of his Telugu film Saaho, in which he will be seen in the antagonist role. Currently, the actor is busy shooting for his film Agni Siragugal directed by Naveen, in which the actor will be sharing the screen with actor, Vijay Antony. The film is funded by Amma Creations production house. After wrapping up the shoot for this film the actor will begin shooting for the Karthick Naren’s project. Apart from this the actor has Vaa Deal in his kitty.