Actor Vijay’s films and story theft issues are a never ending love story. They seem to be in better chemistry than the leading pair in Mani Ratnam’s romantic flicks. This was the love story that began from the film Kathi which hit the screens under the directorial of controversial director A. R. Murugadoss. You would not believe when we say not one but two directors claimed rights to the story of the film, out of which one film maker Gopinainar went on to direct lady super star Nayantara in Aramm and received critical acclamation for the flick. 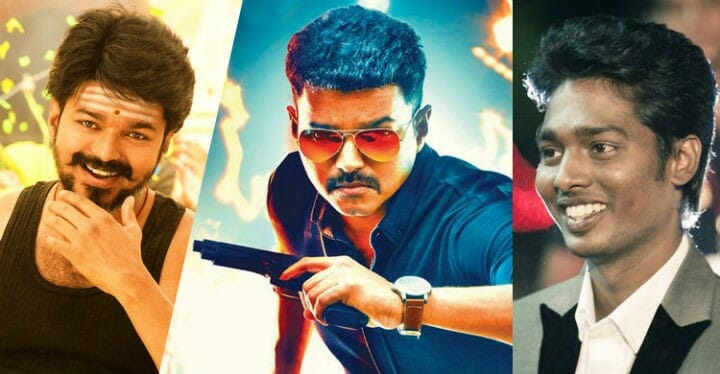 After the success of Theri director Atlee and actor Vijay decided to team up for Thalapathy 63. While the shooting of the film is happening in full swing at EVP studios in Chennai, now an assistant director named K. P. Selva has come out stating that the story of the film directed by Atlee is actually his script. When the production unit denied to comment on his accusation, the assistant director decided to deal the issue legally in court and had filed a case against director Atlee. The case came to hearing on 23rd of April, when asked about how they defend themselves, director Atlee’s side has requested for some more time to produce their side story. The case was adjourned to 10th of June.

Recently, while speaking about the issue, the assistant director stated, “The script of Thalapathy 63 which is currently being directed by Atlee is mine. I have pitched the story to popular production houses like Ynot Studios and Dream Warrior Pictures. I also have copies of conformation emails sent to me by them in response to my email.”

When asked about how he came to know about it, the assistant director said, “Like all assistant directors even I have many friends in the industry. One of my friends warned me that he saw director Atlee doing a women’s football based film similar to the one like mine. Initially, I was not much serious about it and was in the thinking that it would be completely a different story to the one that I have penned. But lately I came to know that few people are very seriously performing a back ground check on me. Later I came to know that they were director Atlee’s men who were after me to check whether I am powerful enough to withstand them. That is when I became skeptic and decided to approach director Atlee. When I went to his office his manager took me to Starbucks, turning a deaf ear to what I am saying he was very much inclined to make a settlement to me. He abruptly denied my request when I proposed we can take the issue to the writer’s council. All I want is some sort of credit to my name on the story and I am not after money,” concluded the assistant director. We will have to wait till 10th of June to see how director Atlee’s side have prepared to defend themselves from the case laid against them.

Kaappaan second trailer: Suriya’s Kaappaan reassures to be a high...