Actress Trisha Krishnan had a good last outing with her guest role in the mass action entertainer Petta which hit the screens under the directorial of story teller Karthik Subbaraj in which she essayed the role of super star Rajinikanth’s wife. The venture set the box office on fire and had a good commercial business. The actress who has crossed successful 20 years in the industry is still busy with a good number of films in her pipeline. The actress is currently gearing up for the release of her next entertainer which is titled as Paramapadham Vilayattu. Now we have an interesting update on the venture.

The flick which went on floors a long time ago was delayed due to some financial issues best known to the producer. But now the venture is out of the post production stage and is ready for release. Recently, the production house had sent the movie to the censor board for censor certification. Now we have news that the censor board has given a U/A certificate to the project. Sharing the news on social media with an intriguing picture, the production house has announced that the flick will be hitting the screens in the month of October. An official confirmation on the release date of the flick is expected to be announced soon. Touted to be a political drama, this project will be the 60th film in the illustrious career of the actress. So the expectations on the entertainer are quite high. We will have to wait to see whether the film stands up to the expectations of the audience. 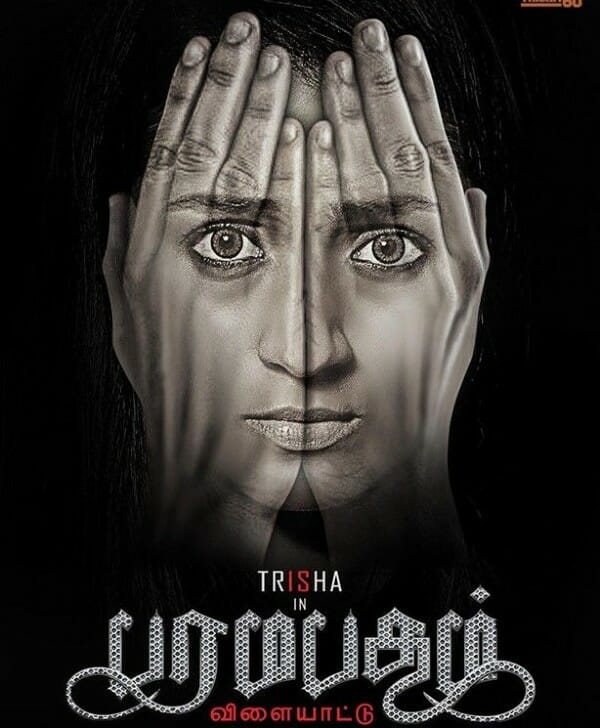 The first look posters and trailer of the flick which hit the social media earlier had a good reception among the audience. Actress Trisha Krishnan will be seen in the role of a doctor who has been kidnapped by a criminal outfit and the brave attempts that she makes to free herself from them will make the crux of the story. The movie is scripted and directed by story teller K. Thirugnanam. Apart from actress Trisha Krishnan, the casting department of the film has actors Vela Ramamoorthy, Baby Manasvi, Richard, A. L. Azhagappan and Nandha portraying various other supporting roles. The musical department of the venture has been handed over Amrish. While cinematographer J. Dinesh has been behind the camera for the project, editor Pradeep E. Ragar has taken care of the editing department of the drama. The motion picture is bankrolled by 24 HRS Productions.

On the professional front, the actress is currently busy shooting for her upcoming flick titled as Sugar under the directorial of director Sumanth Radhakrishnan in which she will be sharing the screen space with veteran actress Simran. Apart from this project the actress has Raangi which is directed by M. Saravanan of Engeyum Eppodhum fame getting shaped up in the post production stage. Besides these movies the actress has Garjanai helmed by debutant story teller Sundar Balu and Sathuranga Vettai 2 which is directed by Nirmal Kumar all cooked up ready to hit the theaters.