Actor Siddarth who was last seen in the horror flick ‘Aval’ released in 2017 is working on a new film titled ‘Aruvam’. He plays the lead role opposite to Catherine Tresa and the movie is directed by debutante director Sai Shekar. This is the first film collaboration between Siddarth and Catherine Tresa.

Siddarth was last seen in Mollywood film ‘Kammara Sambhavam’ which was also his debut in the Malayam film industry. ‘Aruvam’ is Siddarth’s second horror movie after ‘Aval’ which was directed by director Milind Rau. 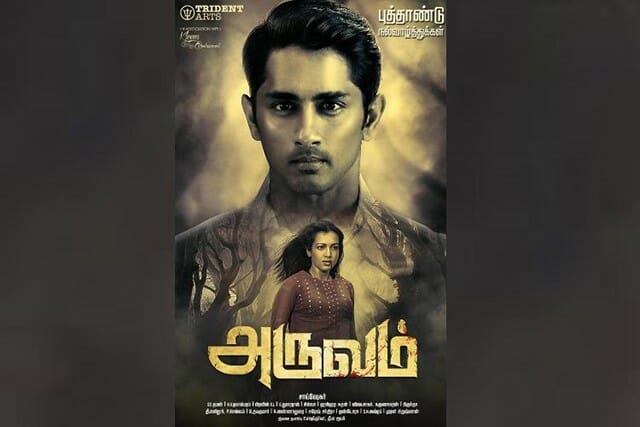 The official announcement and the first look poster of ‘Aruvam’ was unveiled recently. It is said to be a complete horror thriller flick. The movie’s title ‘Aruvam’ is the antonym of the word Uruvam which denotes shape or structure. The movie is based on a topic which most of us don’t want to believe, but the paranormal things which takes place will make everyone believe in it.

The movie is bankrolled by R.Ravindran under the banner of Trident Arts. The film’s cast includes Madhusudhana Rao, Kabir Duhan Singh, Aadukalam Narain, Sathish, Mayilsamy, and Kumaravel. S S Thaman has been roped in to compose the music and N.K.Ekambaram will be the cinematographer for the movie.

Also, Siddarth has two more films in his kitty like ‘Shaitha Ka Bachcha’ and an untitled film with GV Prakash Kumar (a trilingual movie shot in Tamil, Hindi & Telugu).

Sivakarthikeyan’s Prince Trailer: Promises To Be An Entertaining...