Trisha recently tasted success as an actress with movies like Aranmanai 2 and Yennai Arindaal. She is in the film industry for more than 13 years. Now the actress has turned choosy in most of her scripts. She is right now working for ‘Nayagi‘ which is also a horror comedy genre. 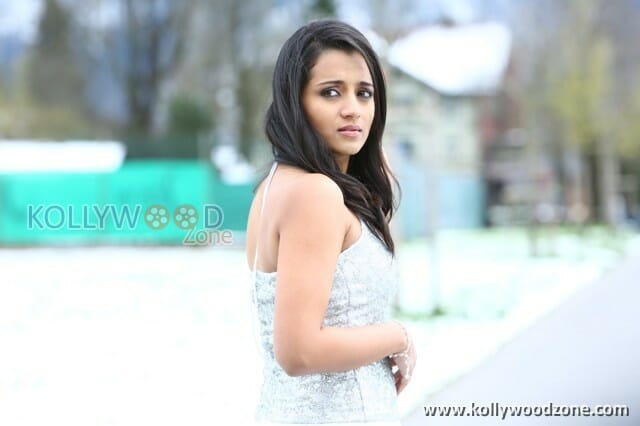 The actress recently jumped into politics. Ok fellas, Chill ! This is not a real politics. For ‘Kodi’ she is doing role of a Politician. The movie is directed by Durai Senthilkumar who also directed ‘Kakki sattai’ and ‘Edhir Neechal’

Dhanush is doing dual roles and the movie also features Trisha and Anupama Parameshwaran in female lead roles. Recently a photo was released as if Dhanush is speaking for some party and same way Trisha was also seen like a politician. Trisha essays a character named ‘Rudhra’ in this movie.

Vishwaroopam 2 is all set to rock your...