The sensational song that has taken Tamil music by storm Thalli Pogathey by AR Rahman that was featured in the trailer of Gautham Menon’s Achcham Yenbathu Madamaiyada will be releasing on January 14 2015 and will be one of the highlight of festival of pongal. 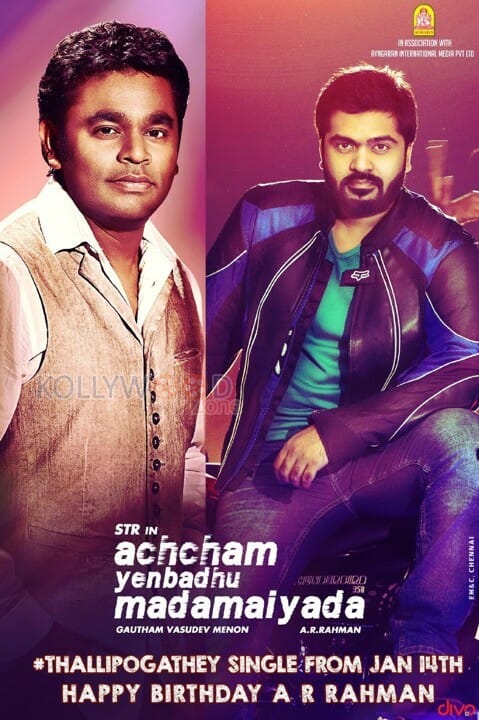 The trailer which crossed 1.5 million views has been the talk and buzz not just of social media, but even radio carrying the promo portion of the song throughout airwaves marking AR Rahman’s birthday.

Raj Kumar’s next is an Investigative Thriller with Cheran in...

Sunny Leone to shake legs for a song in Mammootty’s...