The gorgeous actress Sayesha Saigal who gained popularity in the Tamil film industry with her films like the super hit ‘Kadaikutty Singam’ with Karthi, ‘Junga’ with Makkal Selvan Vijay Sethupathi, ‘Vanamagan’ with Jayam Ravi, and ‘Ghajinikanth’ co-starring Arya. She has also acted in other language movies like ‘Akhil’ (2015) with Akhil Akkineni in Telugu and ‘Shivaay’ (2016) in Hindi. 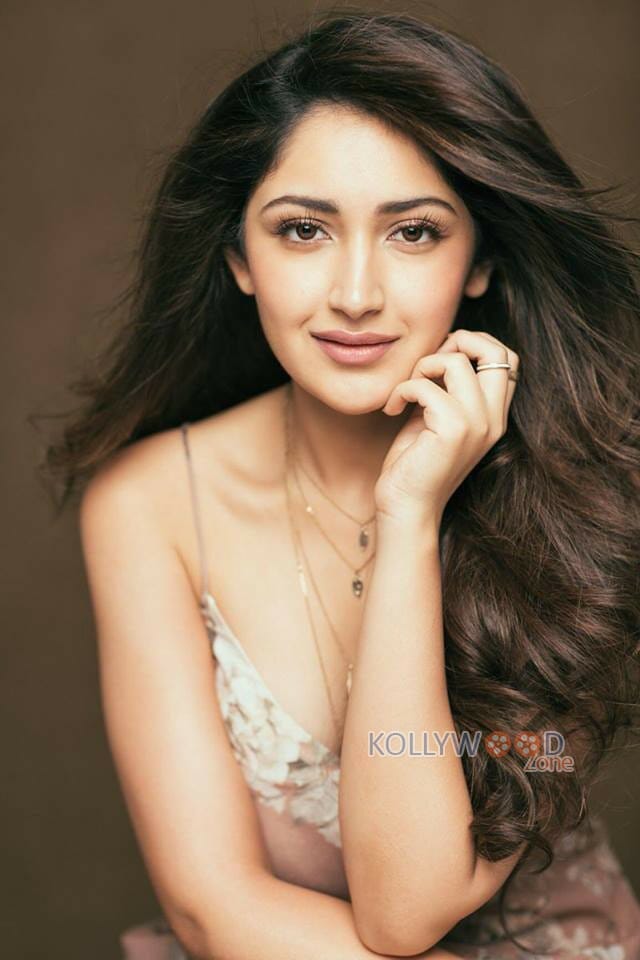 Now the pretty heroine is all set to debut in Sandalwood as well. Sayesha Saigal will make her debut in Kannada with the upcoming big budget film ‘Yuvaratna’, will have her co-starring Sandalwood Superstar Puneeth Rajkumar, and this film will be directed by director Santhosh Anandram who had previously directed Puneeth Rajkumar in the blockbuster hit film ‘Rajakumaara’. This film will be bankrolled by Hombale Films which recently bankrolled the biggest box office hit of Sandalwood industry ‘KGF’.

Recently in the news for her wedding with actor Arya, Sayesha Saigal is currently acting in director KV Anand’s ‘Kaappaan’, which has Arya and Suriya in the lead roles. This film is bankrolled by Lyca Productions and features Mohanlal, Samuthirakani, and Boman Irani in pivotal roles. The movie is being shot on different locations across the globe like Hyderabad, New Delhi, Brazil, and New York.