Actress Varalaxmi Sarathkumar who ventured in to Tamil cinema with Podaa Podi starring alongside actor Silambarasan went on to star in many films across multiple languages including Tamil, Telugu, Malayalam, and Kannada. The actress is now one of the busiest actresses in South India with numerous projects on her basket. The actress has inked her signature for yet another film titled Sabari in which she will be playing the lead role. The movie is helmed by debutant film maker Anil Katz. The flick went on floors with a pooja ceremony last week and the actress began shooting for the drama. The production house had dropped the first look poster of the flick on social media. The first look posture was mystifying and intrigued the audience. 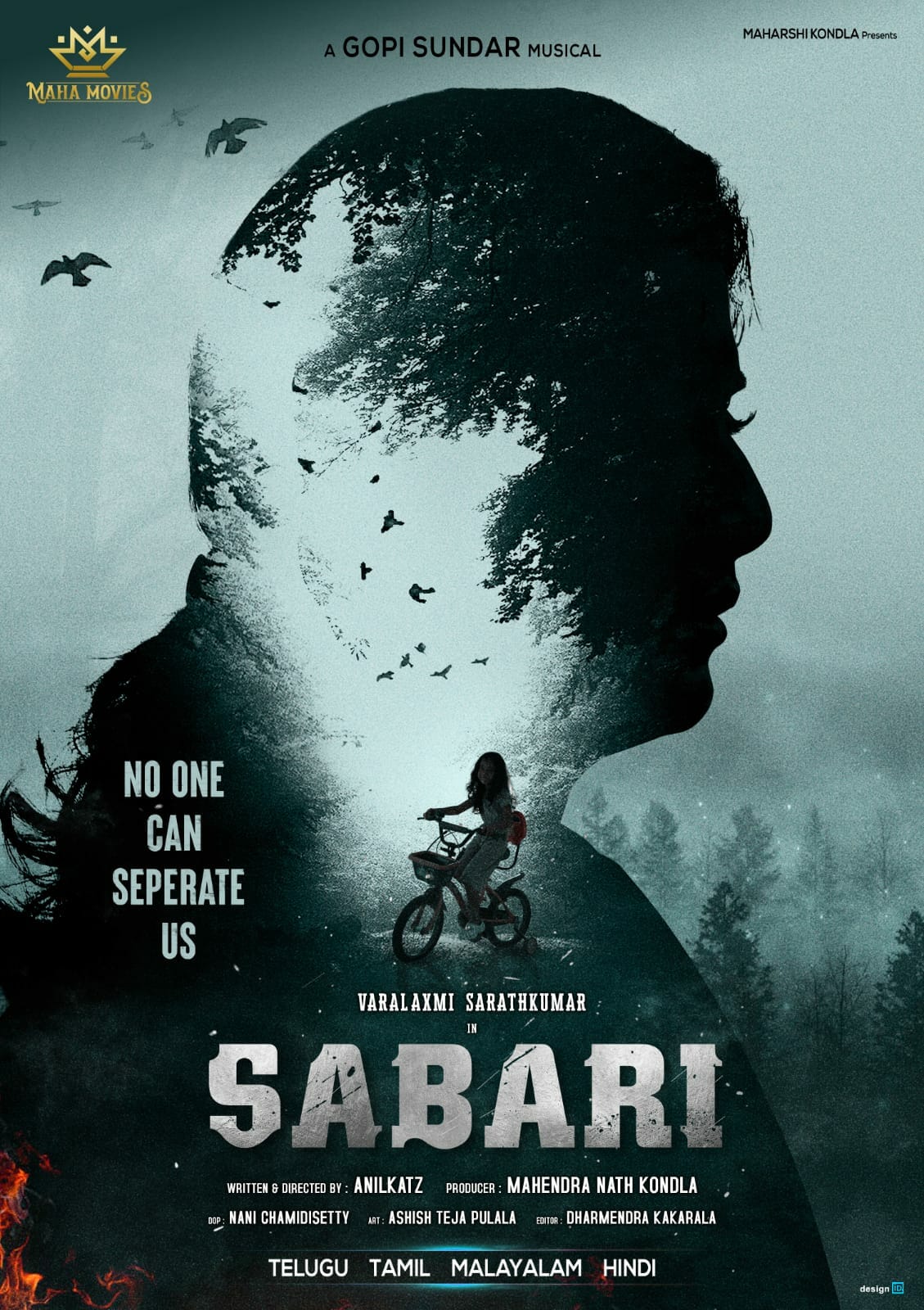 Speaking about the project to a leading media house, director Anil Katz said, “Sabari will be an intense psychological thriller. There is a bit emotional aspect to the film as well. We all know that actress Varalaxmi Sarathkumar is a good performer. She will be seen in a role that she has never done in her career so far. Actor Ganesh Venkatraman will be playing Varalaxmi Sarathkumar’s love interest. The equation between Varalaxmi Sarathkumar and Mime Gopi will be an interesting one to watch. The story is set at the backdrop of a hill station. We have planned to shoot the drama in picturesque spots in and around Hyderabad, Visakhapatnam, and Kodaikanal.” Talking about the release, the film maker stated, “We will be wrapping up the first schedule of shoot by the end of this month. The second and third leg shoot should be done in two to three months. The entertainer will be released in Tamil, Telugu, Malayalam, kannada, and Hindi.”

On the work front, actress Varalaxmi Sarathkumar who was seen in Singa Paarvai in her last outing is currently busy shooting for her next projects titled Pirandhal Parasakthi under the direction of film maker Om Vijay, and Colors helmed by Nissar. The actress is also busy shooting for her next Telugu ventures Yashoda directed by Hari Shankar and Harish Narayan in which she will be sharing the screen space with actress Samantha Ruth Prabhu, Hanu Man helmed by director Prasanth Varma, and for the upcoming project of actor Gopichand Malineni. Apart from these movies, the actress also has Kaatteri directed by Deekay in which she will be seen alongside actor Vaibhav, and Pamban helmed by story teller A. Venkatesh in various states of post-production shaping up for release.