The superhit Tamil film Nadodigal is going to get a sequel soon named Nadodigal 2. The first volume of the movie did quite well and so the makers are said to have kept all the elements from the first part in the sequel. A story revolving around the lives of close friends, set in Rahapalayam, entertained the audience enough and so the actor-filmmaker duo Sasikumar and Samuthirakani in no time planned on its second volume. As per reports, the team have finished the first schedule, the team is working now to complete the portions that are left and on the technical things. 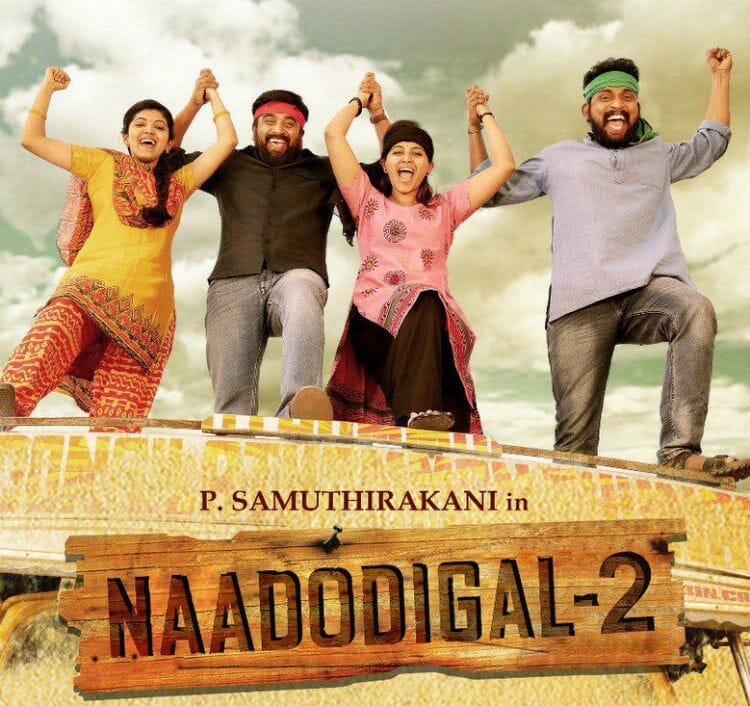 Justin Prabhakaran has been roped in to direct the music of the project. The movie features Sasikumar, Bharani, Athyulya in lead-in roles and the rest of the cast comprises of varied actors such as MS Baskar, Namo Narayana, Gnanasambandham, Super Subbarayan, Thulasi and Sri Ranjani who will be seen playing significant roles in the movie.

Other than this project, Sasikaran awaits the release of his upcoming movie ‘Asuravadham’ and Samuthirakani is busy with his film with Rajnikanth named ‘Kaala’. But for the duo, the most awaited is the release of Nadodigal 2 which has high expectations to meet. Whether it succeeds or fails to keep the reputation of its first part, will only be known when it hits the screen this summer.