It is no wonder why even minute information related to thalapathy Vijay’s Bigil becomes news as such is the hype and anticipation around the flick. Right from the day the project was announced officially there has been buzz for everything. The first look poster of the project, which was unveiled by director Atlee on his twitter account on the actor’s birthday became the most talked about topic on social media on the respective day. Following which the set of a football stadium that was erupted to shoot the climax of the film turned in to news. Now, on that list the budget that is spent for the project has become a news. 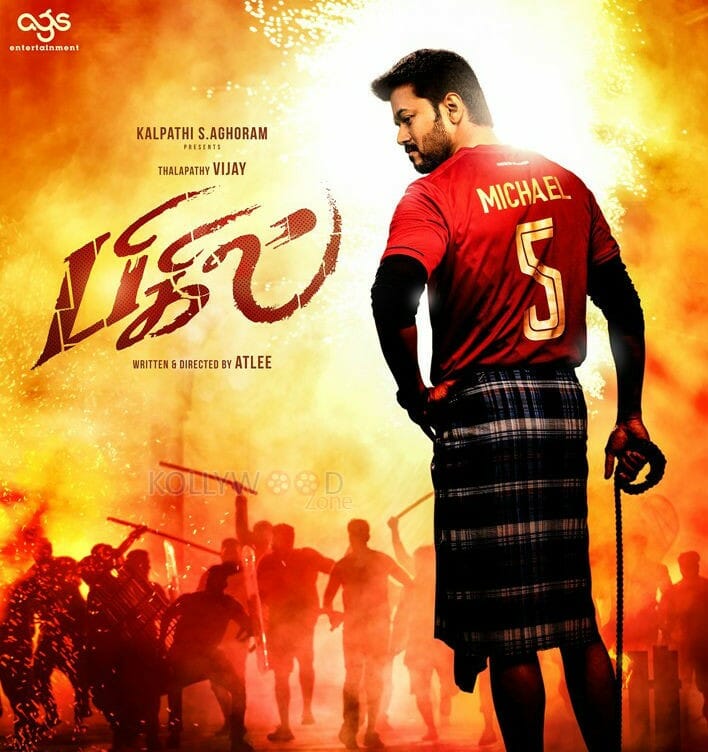 According to recent reports the sports action entertainer is said to have become the most expensive film in the career of the actor. It is said that the sports drama has surpassed the budget of mega hit fantasy movie Baahubali with a total budget approximately calculated to be 140 crores. Baahubali’s budget was reported to be 125 crores within which film maker Rajamouli delivered a stunner. Previously it was Shankar’s Enthiran and Rajamouli’s Baahubali which were in the top of the big budget projects list. Now, Vijay’s Bigil has pushed these ventures back and has taken the first spot in the list of big budget movies in Kollywood. Since the budget has exceeded the budget of the mega block buster flicks, the expectations for the project has gone high further.

Apart from thalapathy Vijay, the film has lady super star Nayanthara, Jackie Shroff, Kathir, Daniel Balaji, Anandaraj, Indhuja Ravichandran, Reba Monica John, Varsha Bollamma, Rajkumar, and Devadarshini portraying various other roles. The comical relief for the venture will be provided by veteran comedian Vivek and current comedy sensation Yogi Babu. The music for the movie will be composed by A. R. Rahman. While G. K. Vishnu has cranked the camera for the flick, Ruben will be trimming the entertainer. The motion picture is bankrolled under the banner AGS Entertainment by Kalpathi S Aghoram, Kalpathi S Ganesh and Kalpathi Suresh. The movie is slated to hit the screens as a Diwali release.

Asura Guru trailer: The film promises to be high on action