Despite the opposition of many audiences and even Ulaga Nayagan Kamal Haasan against Aishwarya Dutta, and despite huge support for Sendrayan, with the help of online votes, Aishwarya Dutta had escaped last weekend’s eviction process of the Bigg boss Tamil season 2.

And at the same time, due to lacking votes, Sendrayan was evicted out of Bigg Boss house last Sunday. Though actor Mahath and Sendrayan were close inside the house, there were constant misunderstandings as well. 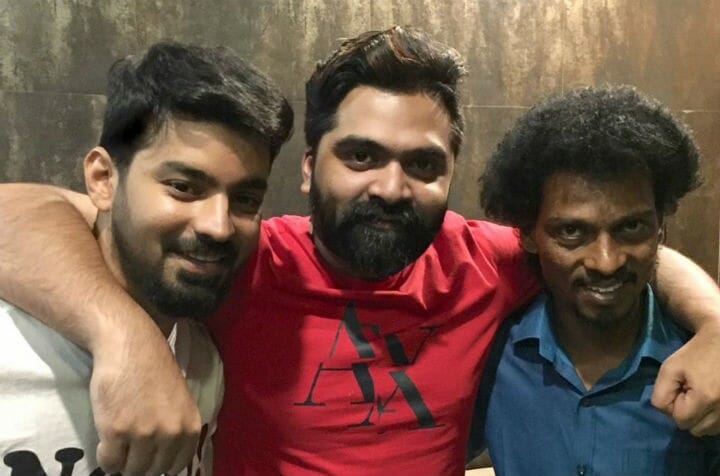 However, after his exit from Bigg boss, Sendrayan went and met Mahath, and has also met Mahath’s close friend Simbu. Sendrayan had reportedly told Simbu his Bigg boss experience, and Simbu had reportedly appreciated him and gifted him a devotional book named Thirumandhiram.

On the professional front, STR is working on the remake of ‘Attarintiki Daredi’ and the team is shooting currently at Georgia. The team is shooting a song sequence. The female lead Megha Akash is yet to join the team and sooner the team will cann the romance portions.

The movie will have music composed by S.S.Thaman. Sundar.C who wanted to direct ‘Sangamitra’ has now settled for less and is now directing this project. The movie will also feature Khushbu as STR’s Mother-in-law. Watch out this space for more updates.