After the success of Singam series, director Hari has been maintaining a sentiment, and it is nothing but the fact that all his movie climaxes post-Singam success are either placed in other states or other countries, say for example Suriya’s Singam in Andhra. Singam 2 in South Africa, Vishal’s Poojai in Bihar, and many more.

His next directorial venture Saamy Square aka Saamy 2’s trailer was released two days back, and the movie has Chiyaan Vikram in dual roles as Aarusamy and his son Ramsamy and has him fighting the villain played by Bobby Simha, son of first part’s villain Kota Srinivasa Rao. 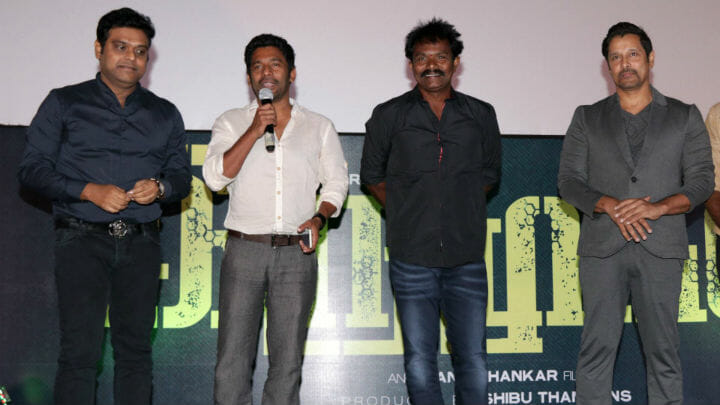 The movie’s trailer showcases Vikram fighting villains in deserts of Rajasthan and chasing amidst camels and thus, here too Hari has traveled to another state for his movie’s crucial part. Also starring Keerthy Suresh, Aishwarya Rajesh, and Soori, Saamy Square releases on September 21st.

The movie will be the biggest release for Vikram in the recent times. The buzz around the movie is also way higher and we can expect some big opening numbers on the opening day weekend.