Actor Silambarasan is on a roll in the industry at the moment. After being in exile for a stretch from Tamil cinema, the actor finally returned to business with the thriller drama Maanaadu which hit the theaters under the direction of storyteller Venket Prabhu with actor S. J. Suryah as the antagonist. The performance of both the actors was critically acclaimed. The drama garnered positive reviews from the audience and the critics, and went on to be a decent commercial success. Following it the actor made an extended cameo appearance in actress Hansika Motwani starrer Maha which opened up to mixed reviews. The actor who is still fresh from the success of Maanaadu is now gearing up for the release of his upcoming action drama titled Vendhu Thanindhathu Kaadu. Film maker Gautham Vasudev Menon has directed the flick. Now, we have an interesting update on the venture.

The movie which went on floors some time ago, after many struggles finally got wrapped up, and the post production works are happening in full swing. Now we have news that actor Silambarasan has finished dubbing works for the entertainer. Actor Silambarasan himself has shared the news on social media. Taking to his official twitter account the actor shared a picture of himself dubbing for the film, and wrote, “Dubbing wrapped for Vendhu Thanindhathu Kaadu.” 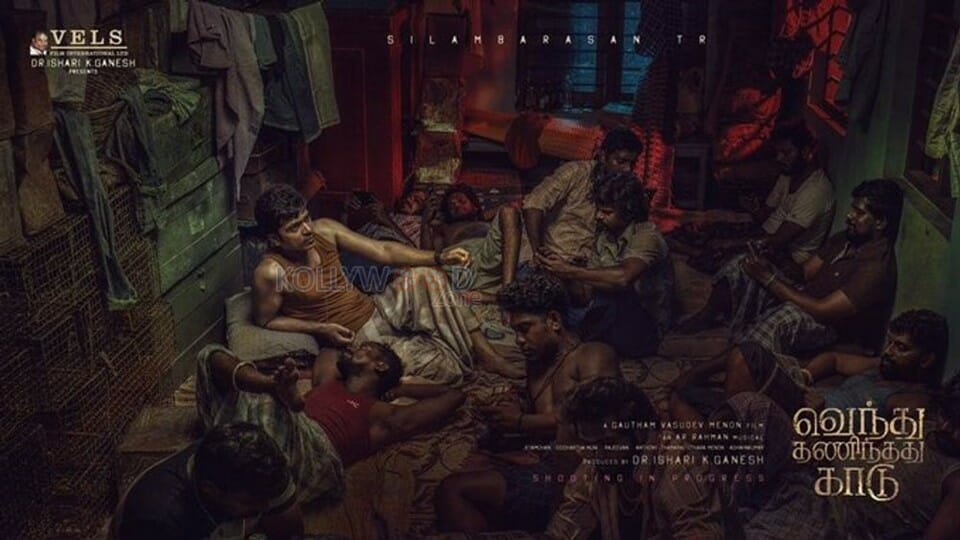 Vendhu Thanindhathu Kaadu is said to be about the life journey of a youngster hailing from a humble background. The movie will be in theaters worldwide on 15th of September this year. The production house had released the teaser of the movie last month which enjoyed a great reception among the audience and has clocked millions of views. Film maker Gautham Vasudev Menon and Silambarasan have come together for a venture for the third time after their much-celebrated romance drama Vinnaithaandi Varuvaayaa, and the romantic action thriller Achcham Yenbadhu Madamaiyada. Just their collaboration has created high expectations among the fans of the both. On top of that, actor Silambarasan has put in a lot of hard work to get into shape to play his part. It is said that the actor shed around 15 kilos for the role. This news has further amplified the anticipation of the flick.

Celebrated writer B. Jeyamohan has penned the story for the entertainer. Apart from actor Silambarasan, actress Siddhi Idnani will be seen in the female lead part. The casting department of the flick has actors Raadhika Sarathkumar, Siddique, Neeraj Madhav, and Aangelina Abraham essaying various other supporting roles. Oscar recipient musician A. R. Rahman will be composing the music for the flick. The cinematography department of the entertainer has been done by cinematographer Siddhartha Nuni. Editor Anthony has been bestowed with the responsibility of editing the movie. The drama is produced by Ishari K Ganesh under the production house Vels Film International.

On the work front, actor Silambarasan who was last seen on screens in Maha is currently busy shooting for his upcoming dual hero project christened Pathu Thala under the direction of storyteller by Obeli N. Krishna in which he will be sharing the screen space with actor Gautham Karthik, and for Corona Kumar directed by Gokul.

Other language heroes likes to act in Tamil...