Actress Shriya Sharan who was last seen in her Kollywood movie ‘ Anbanavan Asaradhavan Adangadhavan‘ and is well known for her performance in the Bollywood movie Drishyam, has finally tied the with her Russian boyfriend. Husband Andrei Koscheev is not only a national level tennis player but an entrepreneur who owns a chain of restaurants in Moscow in Russia. 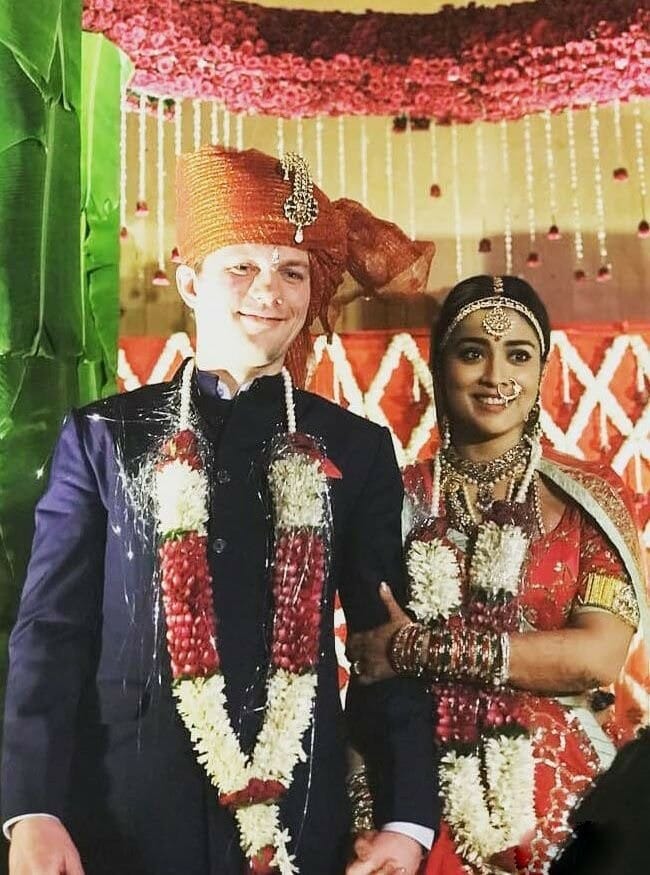 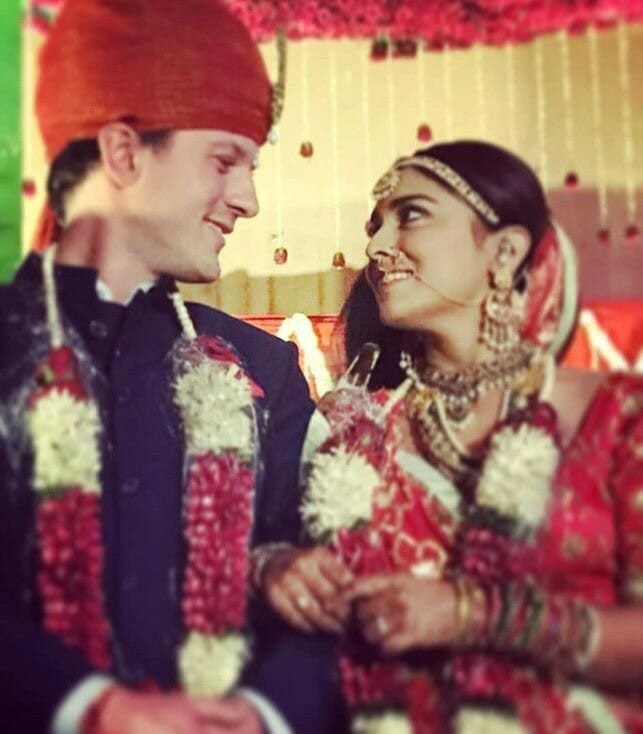 Earlier when the media brought in the news of the marriage, not only the actress but also her friends and family denied the news of her getting hitched. But now, when the pictures have emerged in the social media profile of friends and family, the news of the marriage has been confirmed. The couple got married on the 19th of this month and before that, the family and the couple celebrated the Haldi ceremony and a small Holi party on the 18th morning before hosting the Sangeet ceremony in the evening, on the same day. The marriage was just a family affair, only close friends and family was present in the wedding which took place in the actress’s home in Mumbai. The affair was kept private and which is why no pictures were released before the marriage and the news was kept a secret. Greetings to the couple on having begun a new phase of their life.