A lot of buzz is surrounding Prem Kumar’s directorial debut 96. The film is going to star Vijay Sethupathi and Trisha in lead roles. Prem decided to ward off all the rumors that have been perpetrated about the story of the film. “Before I say what the film is all about, I want to clarify that the film will not have Vijay in three different stages, nor is he playing a 96-year-old in the film. It is a romantic subject — the film is based on childhood love. Vijay plays a travel photographer who goes on a nostalgia trip, which will throw up some surprising truths,” he said in a recent interview. 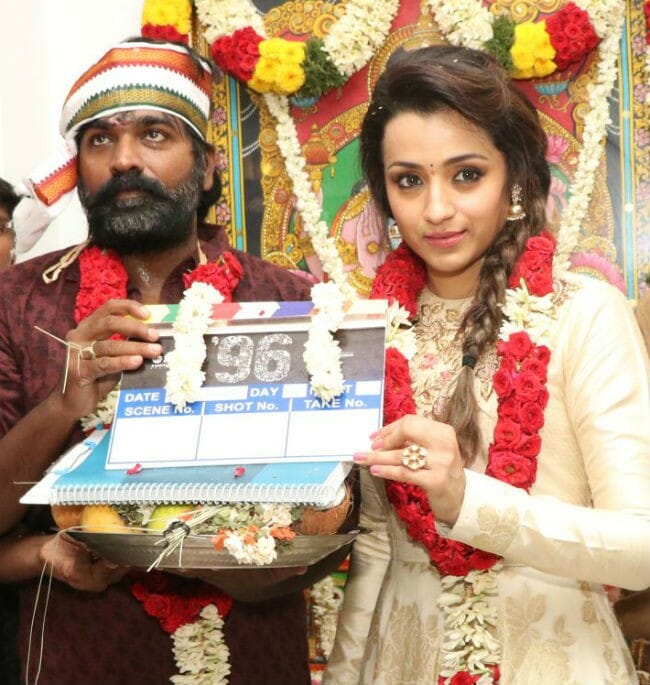 The film will also see a comeback of the veteran actor Janagaraj, who will be playing the role of a school watchman in the film. “School watchmen have that child-like behavior and innocence that school kids have. I wanted someone who had that naturally in him and I could think only of Janagaraj sir. We landed at his place and I directly began narrating the story to him. I gave him the scene papers immediately. I didn’t give him much time to decide. But he seemed to have liked it,” he said while describing his excitement on working with the actor.