Pencil movie which was released today was directed by the debutant director Mani Nagaraj and the movie is starred by GV. Prakash Kumar and Sri Divya have acted in predominant roles in Pencil. Actors like Shariq Hassan, VTV Ganesh, TP. Gajendran, Abhishek Shankar and many have acted in the supporting roles in the movie. Under the banner of Kalsan movies Private Limited, the movie was produced by SP. Ragavesh. 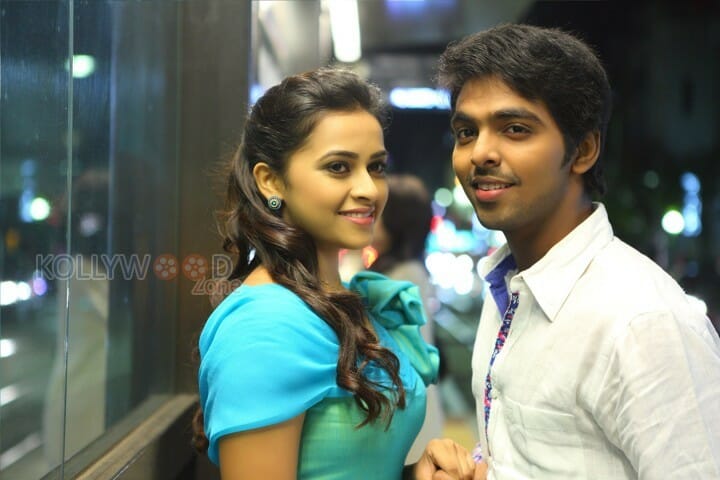 GV. Prakash Kumar has composed the music for the movie “Pencil” and Gopi Amarnath has made the excellent cinematography. Pencil is a crime suspense thriller where the story revolves around the murder mystery of a high school student. The two school friends of the murdered student have to find the murderer before the next class starts in their school, which has made many sit in the edges of their seat in the theatre.

How the two friends find the murderer within 40 minutes is the climax of the story. Pencil movie is also released in Tamil and Telugu languages. The movie offers a message to the people as a whole and it is a rip off a South Korean thriller movie “4th period Mystery”, which was released globally as “Clue 2009”. Shiva and Maya were portrayed by GV. Prakash and Sri Divya as high school mates and their chemistry have worked really superb in Pencil.

The songs are seen with repetitive tunes and the first half of the movie moves without boring. The costume of Sri Divya and GV suits them very well as a student. The locations are chosen carefully and the second half was little lengthy and has made the viewers little nervous. The director and producer have done a good making. The length of the movie is little long and it deserves some trim. All the actors have acted excellently and have proved their individuality. Sri Divya’s acting is perfect and her costumes are wonderful and admirable.