On the whole, despite setting his trademark bizarre premise director Balaji Tharaneetharan has squanders it by wanting it to be a comical film with a forced message at the latter stage of the movie.

Up until Naduvula Konjam Pakkatha Kaanom nobody would have wondered that someday a flick will be made on the premise of a man’s temporary loss of memory in such an entertaining way. Story teller Balaji Tharaneetharan’s simple and clever writing set the stage for laugh riot in the theaters. After the success of the comedy drama the director’s second flick was supposed to be Oru Pakka Kathai. But due to some financial reasons the film which was poised to hit the screens way back in 2014 was boxed for a long time. The recent boom of OTT platforms in India has not only opened doors for fresh contents but also for such boxed films to see the day light. Oru Pakka Kathai which is out on Zee5 also has a heavy Naduvula Konjam Pakkatha Kaanom hangover. But has it stood up to the level of the former? To know let us get in to the review.

Saravanan aka Sara (Kalidas Jayaram) is a happy go lucky youngster with backlogs under his belt. Yet he enjoys himself and never let pass the funs of college life. He and his innocent girlfriend Meera (Megha Akash) are childhood sweethearts. Even their families know about it and in fact they have hit the green signal to get them married. But there is a catch. The marriage would take place only after Saravanan clears his arrears and gets a proper job. Meanwhile, the love birds sneak around behind their parents back to have their romantic moments. Things go on smoothly. When everything seems to be fine, comes the twist in the tale. Meera’s period cycle changes and she misses it. When Meera informs her mother about her period cycle miss, she does not pay due attention initially. Later realizing that her daughter is in a relationship she takes her to their family doctor.

In the hospital she gets the shock of her life when the doctor informs her that her unmarried daughter is pregnant. The news shocks Meera and Saravanan more than their parents as their relationship was never physical. Before the couple sort things out their anxious parents begin works to get them married as soon as possible. Meanwhile, there is also a parallel story line involving a kid who thinks of himself as the avatar of god. How did Meera get pregnant being a virgin? Whose child is Meera pregnant with? In what way is the kid relevant to the main plot, is what makes the rest of the flick.

Previous two films of director Balaji Tharaneetharan’s have a feel good factor in them and Oru Pakka Kathai does not miss out on it either. His strength lies in cleverly cooking up a bizarre event, then building weird situations around them, and exploiting it to the maximum to set his comical scenes. It was the temporary memory loss of Vijay Sethupathi in Naduvula Konjam Pakkatha Kaanom, a spirit of an actor possessing others in Seethakathi, and in Oru Pakka Kathai it is a virgin woman getting pregnant. He has set the stage well with the unconventional event and the initial portion of the flick where the family and the young couple trying to understand what is happening are highly entertaining. Also, the portions where the lead pair attempt to convey that there was not any physical contact between them are absolutely funny. But as the film proceeds the drama becomes repetitive and the entertainer inclines from entertaining to tedious social commentary.

In the second half the mandatory social commentary comes in to play and director Balaji Tharaneetharan takes on the superstitious beliefs prevalent in the society. He attempts to establish the difference between faith and fallacies. The core theme of the movie is based on a familiar religious plot line ‘of a woman getting pregnant naturally on her own.’ Yet it does not convincingly lay light on the fallacies that are widespread in the name of faith. At the middle of the flick which was turning out to be a comical feast it seems like the story teller has been struck with dilemma as to whether to craft the drama as an out and out comical entertainer or embed a social commentary. As the result to that dilemma, the director has gotten ambitious and attempts to do both and ends up making a dreary second half.

Actor Kalidas Jayaram is an apt choice to don the boy next door character. He shines as an innocent collage going youngster. Just like his father veteran actor Jayaram his expressions during comical scenes enhances the comical tone of the scenes. Actress Megha Akash is also perfectly cast. She pulls off the role of a bubbly and innocent girl effortlessly. The child artists involved in the film have delivered admirable performance.

On the technical front, musician Govind Vasantha has offered musical flavors to the flick. Despite no song making a lasting effect it adds to the feel good rhythm of the film. Cinematographer Prem Kumar has managed to cover the movie in the best possible way. Editor Anthony has complimented Prem Kumar’s work quiet well.

On the whole, despite setting his trademark bizarre premise director Balaji Tharaneetharan has squanders it by wanting it to be a comical film with a forced message at the latter stage of the movie. 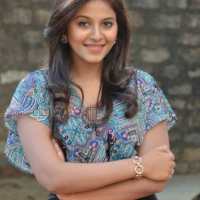 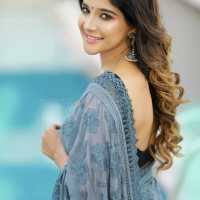