Actor Mirchi Shiva was last seen on screens in the horror comedy Idiot which hit the theaters under the direction of story teller Rambhala with actress Nikki Galrani as the female lead. The movie did not live up to the expectations of the audience, and left the theaters unnoticed. The actor has now moved on, and is gearing up for the release of his next project titled Kasethan Kadavulada. Director R. Kannan of Kanden Kadhalai fame has directed the drama. The venture which went on floors last year with a small pooja ceremony was wrapped a couple of months back. Predominant portions of the entertainer were shot in a set erupted in Chennai. Earlier the production house had announced that Kasethan Kadavulada will release on 7th of October this year. But due to some unknown reasons the movie got pushed. Now, we have an update on the release date of the entertainer. 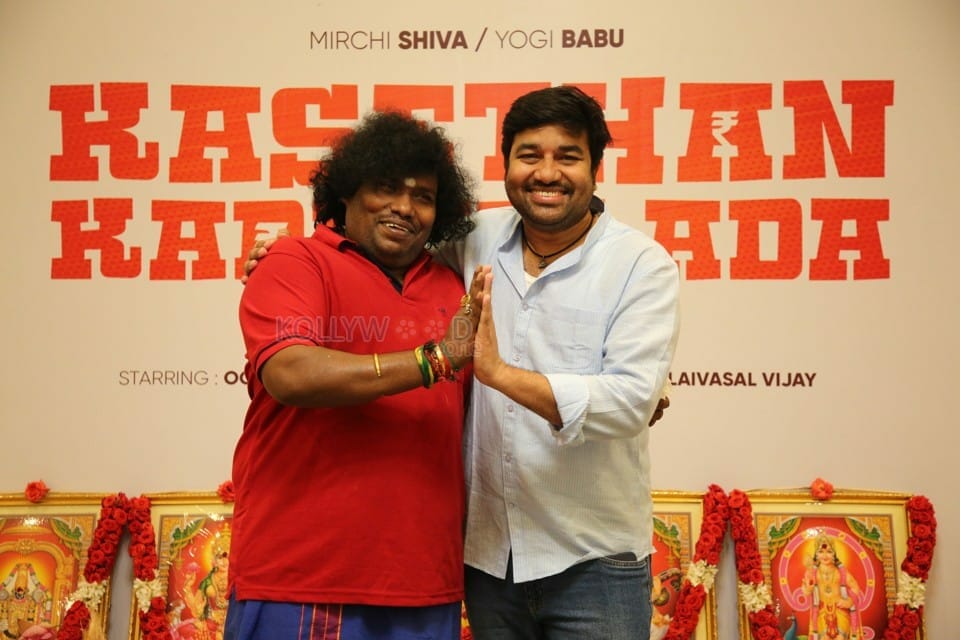 There is news that the production unit is working to release the movie on 23rd of December. An official announcement regarding the same is expected to be made soon. Kasethan Kadavulada is inspired by the 1972 classic vintage flick of the same name which had actors Muthuraman, M. R. R. Vasu, Thengai Srinivasan, and Srikanth in the lead roles. Director R. Kannan is said to have made some major changes to the screenplay to better suit the taste of today’s generation. The story is about a young man who along with his friend and cousin concoct a plan to con his stepmother. The production team had dropped the trailer of the drama on social media a couple of months ago. The trailer had a great reception among the audience, and has set high expectations on the entertainer.

Besides actor Mirchi Shiva, Kasethan Kadavulada has actress Priya Anand playing the female lead role. The casting of the flick has veteran actress Urvashi, Yogi Babu, Karunakaran, Cook With Komali fame Sivaangi Krishnakumar, Pugazh, Thalaivasal Vijay, Manobala, and VTV Ganesh playing various other supporting roles. Music director Raj Pratap has composed the music for the flick. Cinematographer S. Saravanan has been behind the camera for the drama. Editor Don Bosco has trimmed the movie. Art director Raj Kumar has erected the sets for the film. The venture is funded by R. Kannan under the production company Masala Pix MKRP Productions.

On the work front, actor Mirchi Shiva who was last seen on screens in the horror comedy Idiot is currently busy shooting for his upcoming projects christened Golmaal directed by film maker Pon Kumaran in which he will be sharing the screen space with actors Jiiva, Payal Rajput, and Tanya Hope, for Saloon helmed by storyteller Muthu Kumaran in which he will be romancing actress Tanya Ravichandran, and for Singled Shankarum Smartphone Simranum directed by filmmaker Vignesh Sha in which he will be co starring with actress Megha Akash. Apart from these projects, the actor has his long-delayed film Sumo filmed by S. P. Hosimin in which he has teamed up with actress Priya Anand in the box waiting to see the light of day.

On the other hand, actress Priya Anand who had her last outing in Tamil in a supporting role in Adithya Varma is currently busy shooting for her next Kannada venture titled Kuladalli Keelyavudo under the direction of Yogaraj Bhat in which she will be romancing actor Shivarajkumar. Apart from this venture, the actress has Andhagan helmed by Thiagarajan in which she has collaborated with actor Prashanth, and Sumo filmed by S. P. Hosimin in which she will be seen alongside actor Shiva in various stages of post-production getting shaped for release.

Trailer Of Yogi Babu’s Boomer Uncle Is Out!

Prabu Solomon’s Sembi Trailer promises To Be a...

Vaibhav And Tanya Hope Team Up For A...

Siddharth’s Aruvam will be a mix of many...