It has been a season of women centric films in Tamil film industry and the pretty ladies are exploiting it to their full advantage. In the line of women centric films of Tamil cinema, the next to join the line will be actresses Trisha Krishnan and Simran’s upcoming movie. It is going to be a treat for the fans of both the actresses to watch the two beautiful ladies in a same flick. We have already seen the pair together in the recent block buster Petta but it was more sort of a cameo role for actress Trisha. Recently, the production unit signed Abhinay Vaddi, the grandson of Gemini Ganesan and Savitri, to essay a pivotal role in the venture. Now, we have an interesting update on the film. 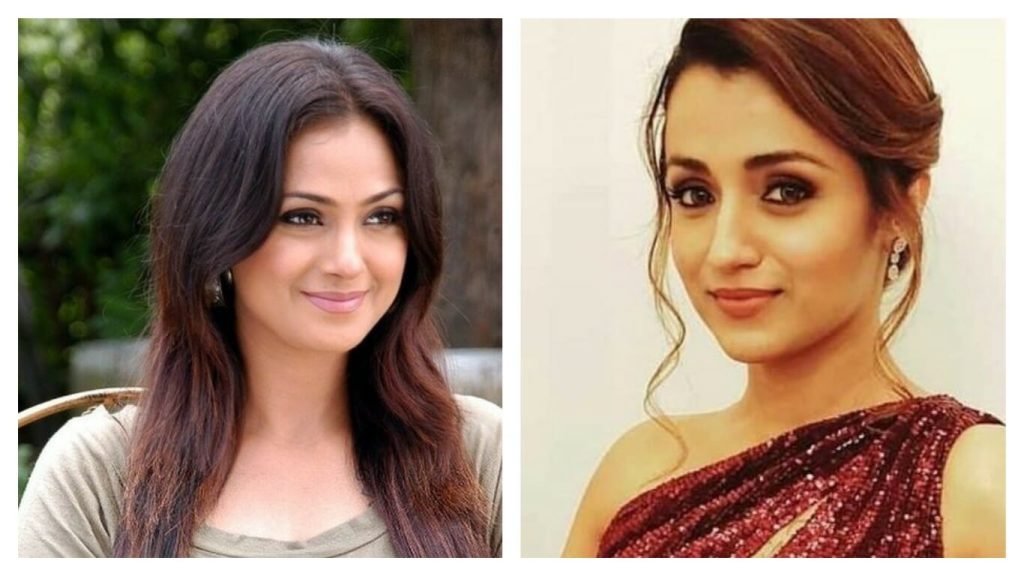 The project went on floors some time ago without a title. The shooting for the movie is happening in full swing and now the unit has only just ten days left in their schedule. Now, the production unit has chosen an apt title for the project that has two gorgeous ladies in the lead roles. We have reports that the venture is named as Sugar. Yeah, you heard that right it is Sugar. This is a sweet news for the Kollywood audience. We will have to wait to see whether if the plot is also as sugary as the title. Touted to be a romantic adventure thriller, it is set to be directed by story teller Sumanth Radhakrishnan of Sadhuram 2 fame.

Abhinay Vaddi is set to play the pair of actress Simran in the flick but he is also said to have more combination scenes with actress Trisha Krishnan. He will be seen in the role of a swimmer along with comedian Sathish in an important character. Tollywood veteran actor Jagapathi Babu is also brought on board for the project. According to a source close to the unit, “Though there is a mix of experienced artists and new comers in the flick, every character will have its depth and space which enables the respective artist portraying the character to showcase their acting skills.” This indeed is a strange combination and the piece of information has got us very curious about the venture.

On the work front, Trisha Krishnan is busy shooting for her next thriller drama titled as Garjanai under the directorial of director Sundar Balu. After which she will be joining the sets of M. Saravanan for Raangi. Apart from these movies the actress has Paramapadham Vilayattu directed by Thirugnanam getting shaped up in the post production stage and Sathuranga Vettai 2 waiting for release for a long time now.

On the other hand, actress Simran is busy after she began her second innings with her role in the super star Rajinikanth starrer Petta. She is busy shooting for her next venture Vanangamudi directed by Selva and also for the Madhavan starrer Rocketry which is helmed by the actor himself. The actress also has Dhruva Natchathiram all cooked up and awaiting release.

Vimal to be seen in an action avatar in Chozha Naattan