Arun Vijay had a posted a picture of himself a few days ago. The picture depicted him flaunting his toned abs online and he wrote, “Transformation begins!!! Announcement on #AV25 soon…” He also went on to post a video of him training and performing a complicated jump with an accompanying caption, “A glimpse!! Gearing up… #AV25.” It is no doubt that the actor is all prepared to star in his 25th film. While he had refused to reveal any details regarding his milestone film, however, rumors of him teaming up with Gautham Menon have started creating a lot of buzz lately. 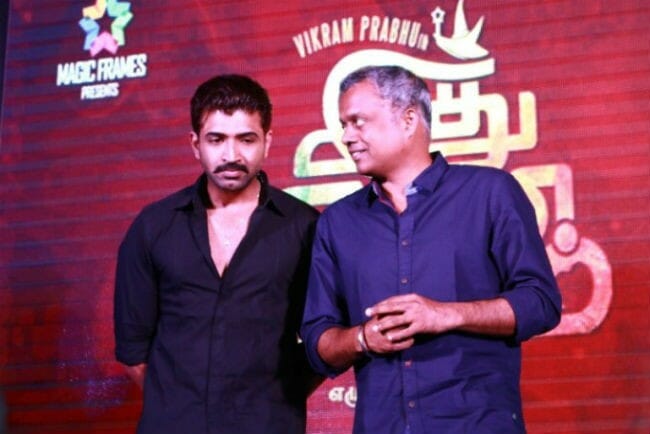 Arun Vijay and Menon have worked together before. He had played the antagonist in Menon’s film, Yennai Arindhaal, with Ajith earlier. For some time now, the two had been in talks for another film together. If the rumors are to believe, then, it will go on floors after Gautham completes Dhruva Natchathiram. And going by Arun Vijay’s preparation for the film, it looks like the film will be a full-on action fare. Meanwhile, the actor is also committed to Thadam with Magizh Thirumeni and Prabhas’s multi-lingual Saaho.

While Arun was unavailable for a comment, a source close to Gautham says that nothing has been finalized yet.

Dhanush Gets a Young Heroine for His Next with Karthick...