Actor Arulnithi is an artist with an impressive track record for his choice of films. If you take a look at his filmography, – right from his debut venture Vamsam, Mouna Guru, Thagaraaru, Demonte Colony, and Iravukku Aayiram Kangal – you can find an assortment in his choice. The actor was last seen on screens in director N. Rajasekar’s Kalathil Santhippom which hit the screens last year. The film opened up to negative reviews from the critics and audience alike. As a result, the entertainer did not fare well at the box office. The Naalu Policeum Nalla Irundha Oorum actor is currently gearing up for the release of his upcoming Tamil Telugu bilingual mystery thriller titled Dejavu. Debutant director Arvindh Srinivasan has helmed the drama. The project went on floors back in 2020. Due to the covid restrictions that were in place the work of the movie got stalled. 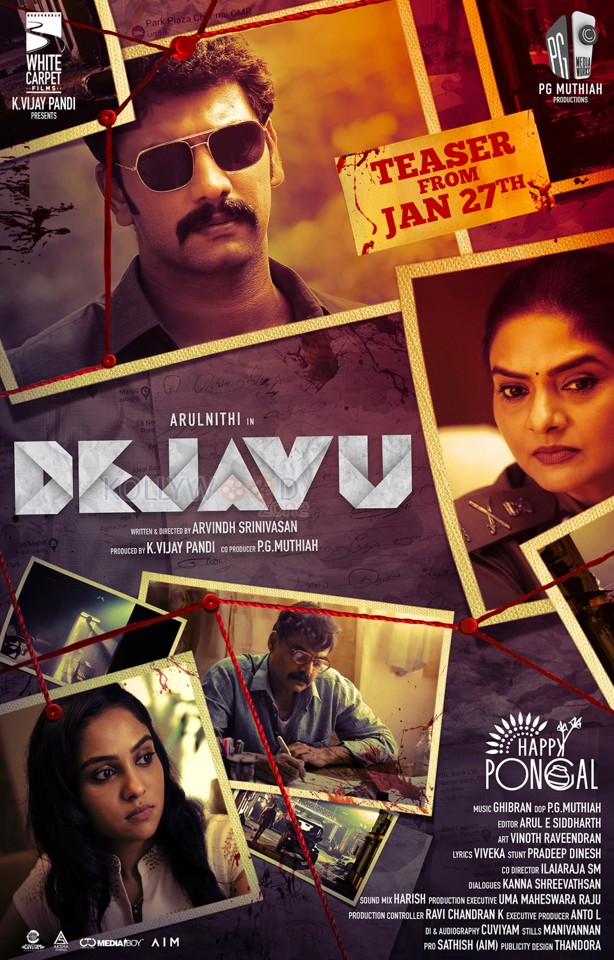 Now, the shooting for the project has been completed and the movie is getting shaped in the post production for release. Meanwhile, we have an important update regarding the entertainer. Recently, the production house sent the project to the censor board for certification. There are talks in k-town that the project has been tagged with a U/A certificate. An official confirmation on the same is expected to be made soon. This is definitely exciting news for the fans of the mystery thriller genre. As the certification hints at some exhilarating and spine-chilling portions in the film.

The story of the flick is said to be based on a series of events that occurs in a span of 24 hours. Actor Arulnithi will be seen in the role of a cop who is investigating a criminal case in the film. Mystery thrillers have always had a market in Tamil cinema. It is a known thing that the actor has an inclination for horror and thriller dramas. It would be interesting to see whether even Déjà vu would give us the pleasant déjà vu feel that we had watching his previous films.

Apart from the actor, the flick has actress Smruthi Venkat playing the female lead role. The casting department of the drama has actors Madhoo, Achyuth Kumar, Kaali Venkat, Mime Gopi, Ragav Vijay, and Chetan K essaying various other supporting roles. The music for the venture is composed by musician Ghibran. Cinematographer P. G. Muthiah has been behind the camera. The editing department of the film has been handed over to editor Arul E Siddharth. The project is bankrolled by Vijay Pandi K under the banner house White Carpet Films along with P. G. Muthiah for his production house PG Media Works.

On the work front, actor Arulnithi who was last seen in Kalathil Santhippom is busy shooting for his next venture titled D Block under the direction of story teller Vijay Kumar Rajendran in which he will be sharing the screen space with actress Avantika Mishra. He is also busy shooting for his other project christened Dairy filmed by director Innasi Pandiyan in which he will be seen alongside actress Pavithra Marimuthu.

Prasanna Pens A Special Note To Sneha As They Celebrate Their 10th Wedding Anniversary!

Actor Vishal’s project with Sundar C gets a...

Vijay Sethupathi to pen a sports script for...

Devarattam is not a caste based film, says...