Home Kollywood News Jayam Ravi’s Agilan To Be Out In This Month?

Jayam Ravi’s Agilan To Be Out In This Month?

Actor Jayam Ravi was last seen on screens in the first part of Ponniyin Selvan in which he had played the part of renowned ancient Tamil king Arulmozhivarman. The entertainer enjoyed a great reception among the audience worldwide, and racked up a massive collection at the box office. Now, the actor who is basking in the success of Ponniyin Selvan is gearing up for the release of his upcoming project titled Agilan. Filmmaker N. Kalyan Krishnan who had previously directed actor Jayam Ravi in the much raved about drama Bhooloham has penned and crafted the movie. The shooting of the project was wrapped by the middle of last year. The movie contains some high-octane action blocks which were shot in the Indian Ocean. Hence, it consumed quite a bit of time in the post production to work on the VFX to bring the best out of these portions. 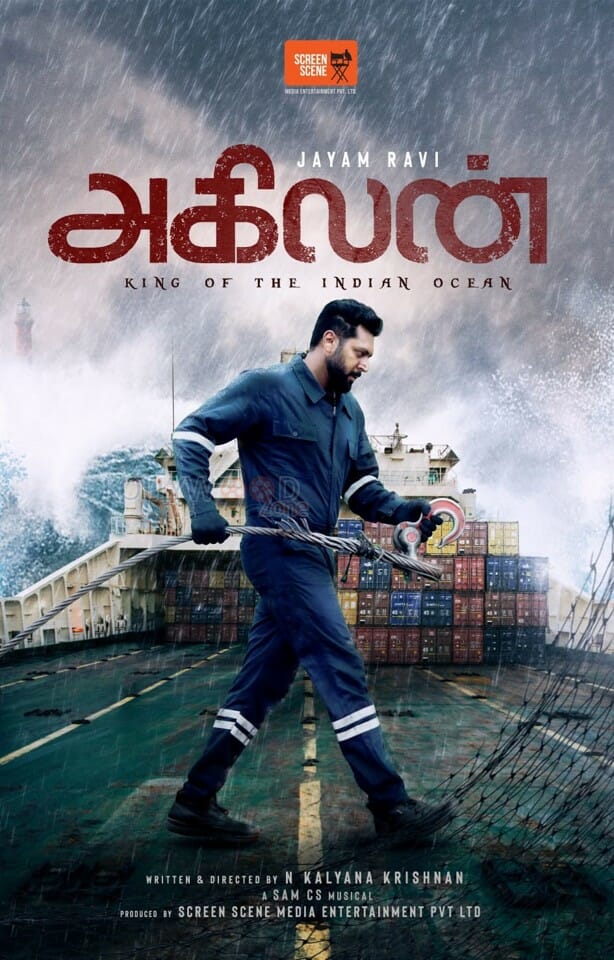 Now, we have news that the production house is looking to bring the project to the theaters in the month of February. The production unit is currently working on blocking a date for release. There are speculations that it will either be 17th or 24th of February. As and when they book the date, an official announcement regarding the release is expected to be made.

Agilan will have actor Jayam Ravi in dual roles – a navy officer and an ordinary youngster. Apart from actor Jayam Ravi, the film has actresses Priya Bhavani Shankar and Tanya Ravichandran in the female lead parts. The casting department of the entertainer includes actors Hareesh Peradi, Chirag Jani, Harish Uthaman, Tarun Arora, Elango Kumaravel, Shaan Kakkar, Aarash Shah, and Madhusudhan Rao depicting various other supporting parts. Music director Sam C. S has scored the music for the flick. Cinematographer Vivekanand Santhosham has been behind the camera for the movie. Editor Praveen Anthony has trimmed the project. The movie is produced by Parthasarathy Gokulyadav, and Sundar Arumugam for the production company Screen Scene Media Entertainment.

On the work front, actor Jayam Ravi who was last seen on screens in the first installment of the epic historical drama Ponniyin Selvan is gearing up for the release of the second installment of the film. The actor is currently busy shooting for his next project titled Siren directed by debutant film maker Antony Bhagyaraj in which he will be costarring with actresses Keerthy Suresh and Anupama Parameshwaran, for Iraivan under the direction of story teller Ahmed in which he will be sharing the screen space with actress Nayanthara, and for an untitled venture helmed by director M Rajesh. Apart from these movies, the actor has Jana Gana Mana crafted by story teller Ahmed in which he will be seen alongside actress Taapsee Pannu in the post production getting refined for release.