Omkar Das Manikpuri who played the role of an unfortunate farmer in the satirical comedy based on the suicides of farners titled Peepli Live is going to make his Tamil debut in a road film titled ‘Pakshi’. Directed by the very talented director Jagadeesan Subu, the film stars Lakshmi Priyaa Chandramouli who will be seen playing the pivotal role. The critically acclaimed Peepli Live actor, Omkar Das Manikpuri is going to be seen playing a significant role in this film. A soulful song that has been picturized on him has also been recorded by the very skilled singer, Anthony Dasan. 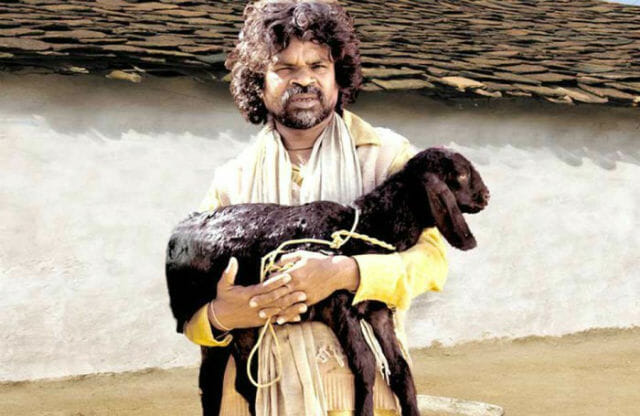 The film Pakshi, is based on the life of a female photographer and the story revolves around the journey of this photographer across various states. It is going to be a road film and the story unfolds in Tamil Nadu and schematically moves to other states. The plot line next moves to Maharashtra, then to  Madhya Pradesh, then to Gujarat, to Rajasthan and finally ends at the Line of Control. The Tamil debutant will be featuring in the scenes that will be shot at Madhya Pradesh who will be seen here portraying the role of a shepherd as revealed by the composer of the film, Girish.