The Tamil movie industry has heaved a sigh of relief as the long troubling producer’s strike has finally been lifted. Now that the strike which had been started by the TFPC has been lifted off, the movie block in the Tamil movie industry has been destroyed for good and as a result more and more movies are releasing. News has been circulating about the Tamil remake of the movie “ Bhaskar the rascal” for a long time. It is common knowledge that the movie has been renamed as “ Bhaskar oru rascal” in Tamil and is being directed by Siddique. 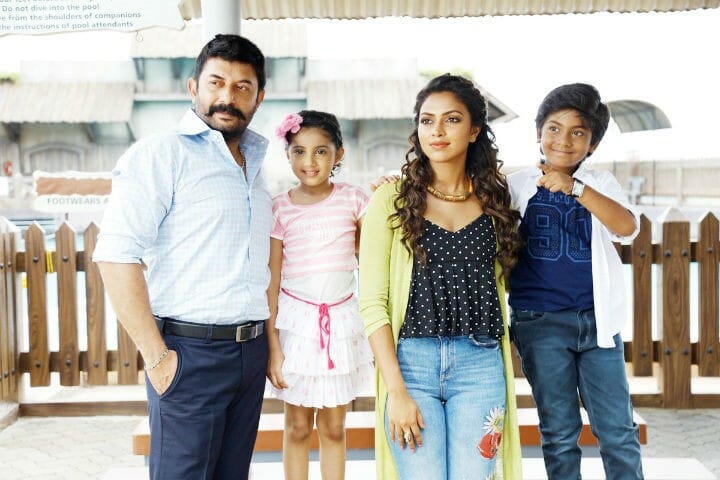 News is now circulating that the movie’s release date has been postponed to the month of April 27th where as originally it was set to release on the month of March 29th. The lead cast for this movie are Arvind Swami and Amala Paul as the female lead. The producers for this movie is Harshini movies and the music has been done by Amresh Ganesh. The movie has a powerful cast including actors like Nasser, Robo Shankar among others. The movie is about two separate single parents who are completely opposite from each other and as to how they tackle each other when their kids bring them together.