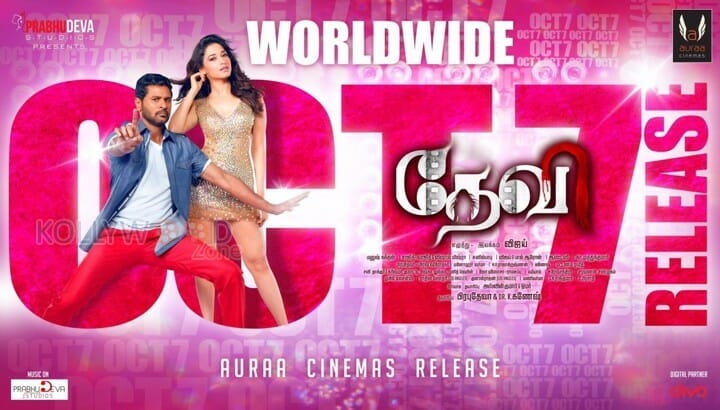 For Tamil making GV . Prakash has composed the music and for other languages different music directors have composed the music. Manush Nandhan has done the cinematography. Prabhu Deva has the dream to marry an ultra modern girl , but marries a village based girl Tamannah. From this comes the horror mixed story.

The movie will be released in Tamil, Telugu and Hindi at the same day, which is on October 7th. In Tamilnadu’ alone it was planned to release in 300 theatres and across globe around 1000 theatres are booked in advance for the movie.